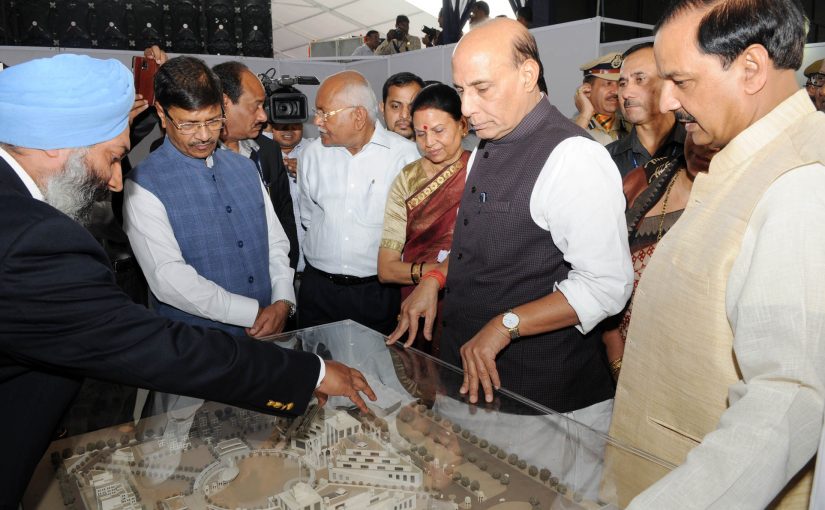 Shri Rajnath Singh said today we are the fastest growing economy in the world. Path-breaking steps taken by the NDA Government include self-attestation of documents, scrapping provision of audit for Companies with annual turnover upto Rupees 2 crores and the worldwide recognition given to Prime Minister’s call for observance of the International Yoga Day.

The Union Home Minister said the naming of the National Archaeology Institute in the name of Pandit Deen Dayal Upadhyay is a humble tribute to the social reformer as the nation celebrates his 100th Birth Anniversary this year. Shri Rajnath Singh, who is chairman of the 23- member Executive Committee to commemorate the birth centenary of Pandit Deendayal Upadhyay, said Indian civilization is our cherished heritage and our philosophy is “We are Great, but we also want others to attain Greatness.” Not only Indians, but the whole world is our family, he added. Shri Rajnath Singh said India is known the world over not for conquering lands or accumulating wealth, but for renouncing and sacrifices. The philosophy of Pandit Deen Dayal Upadhyay is that a human being constitutes of four parts, – Body, Mind, Brain and Soul. The body needs wealth, the mind respect & self-esteem, brain needs knowledge and soul needs satisfaction that a mother gets upon embracing her child, added Shri Rajnath Singh.