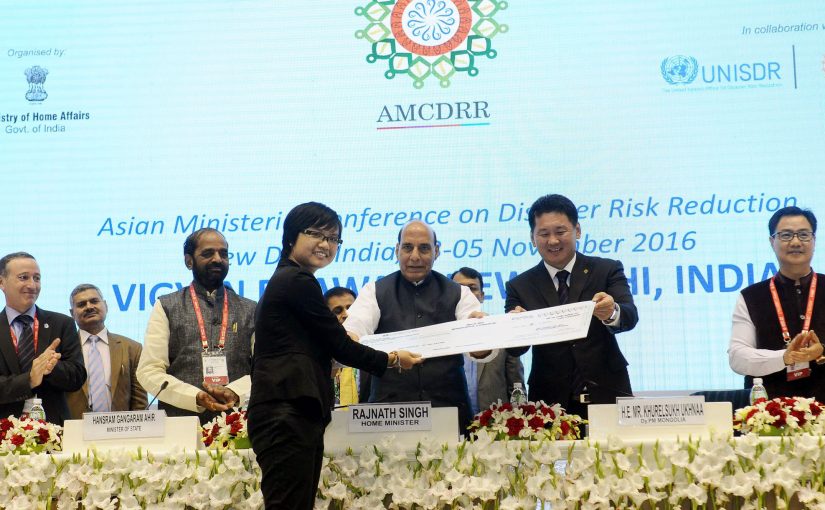 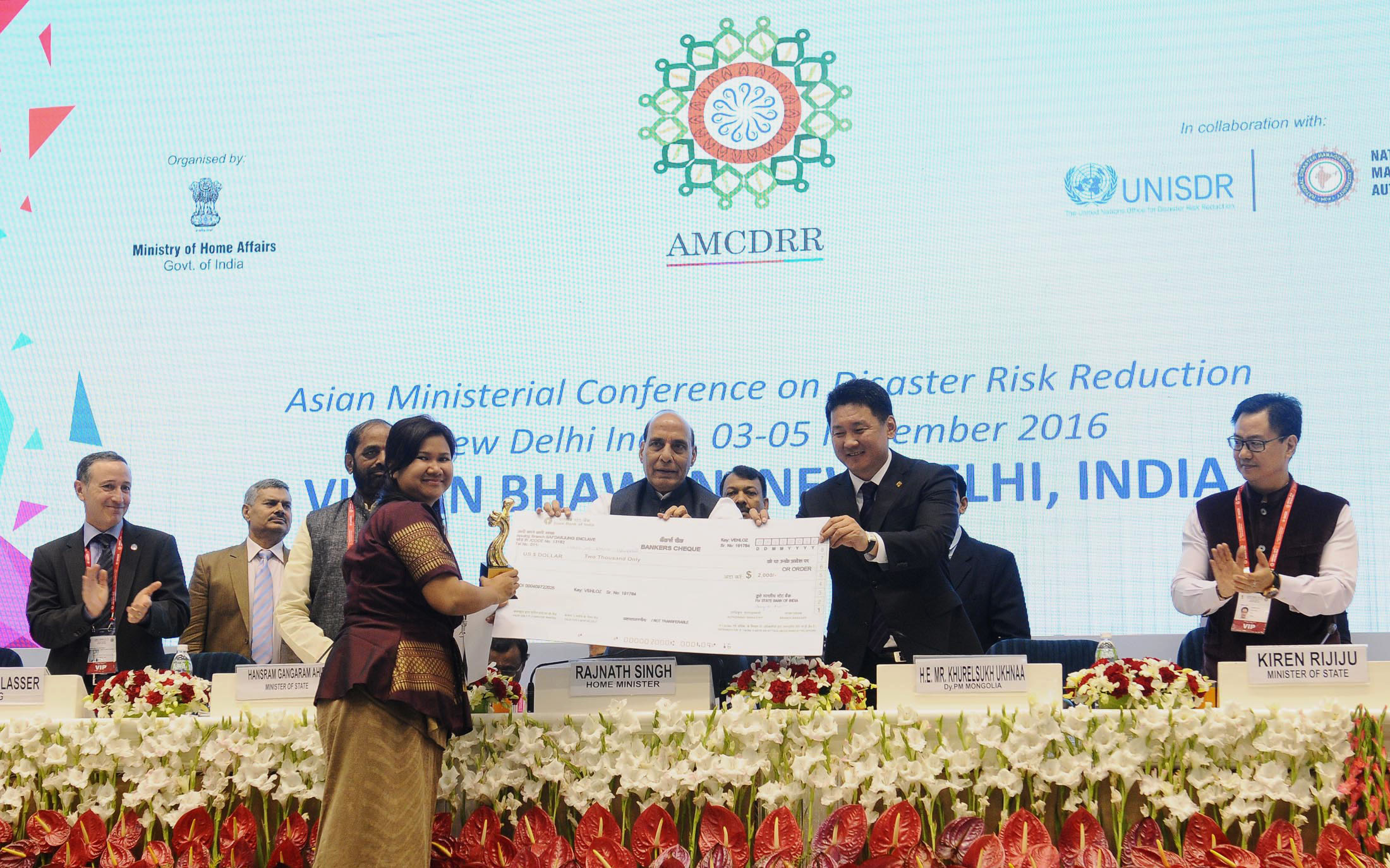 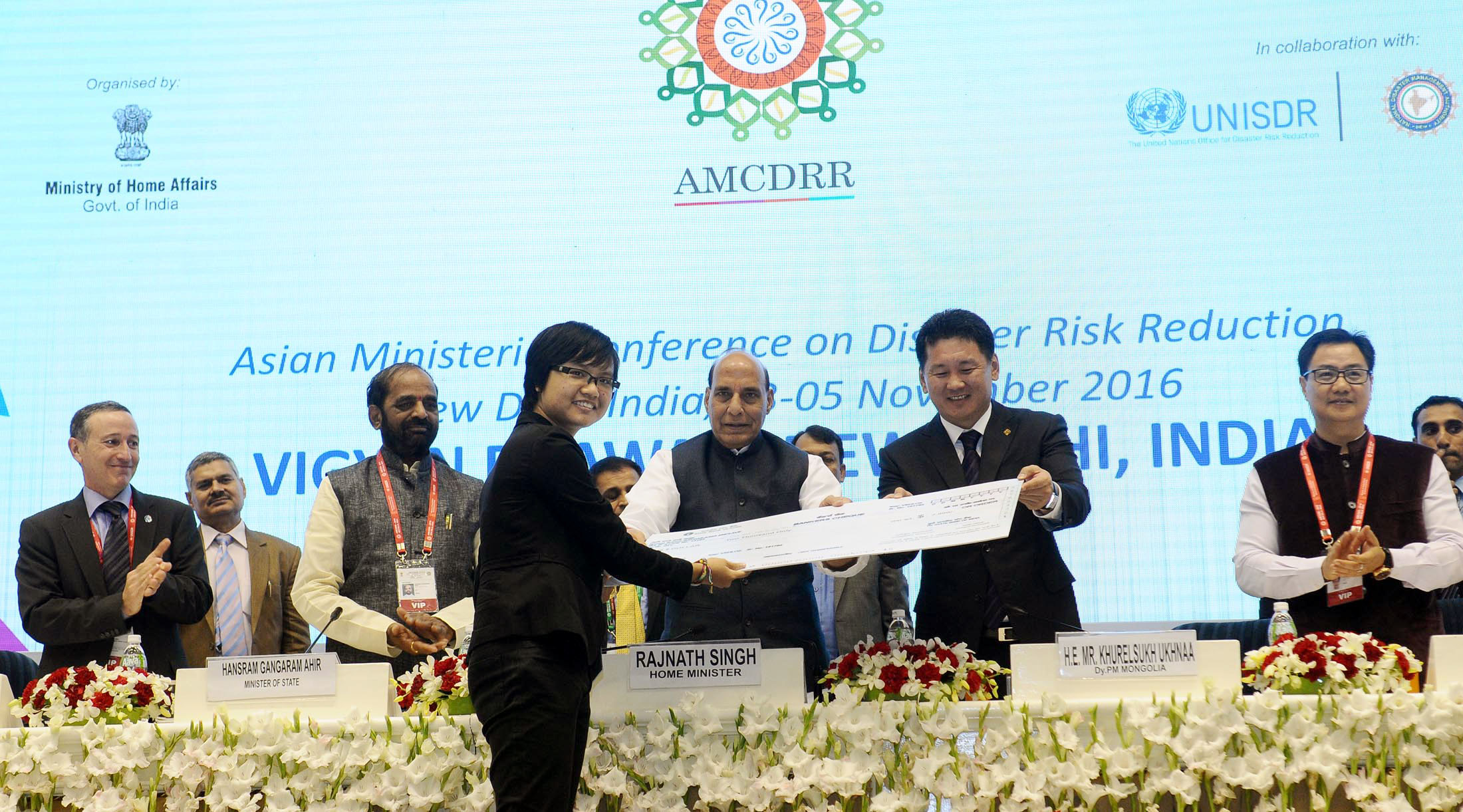 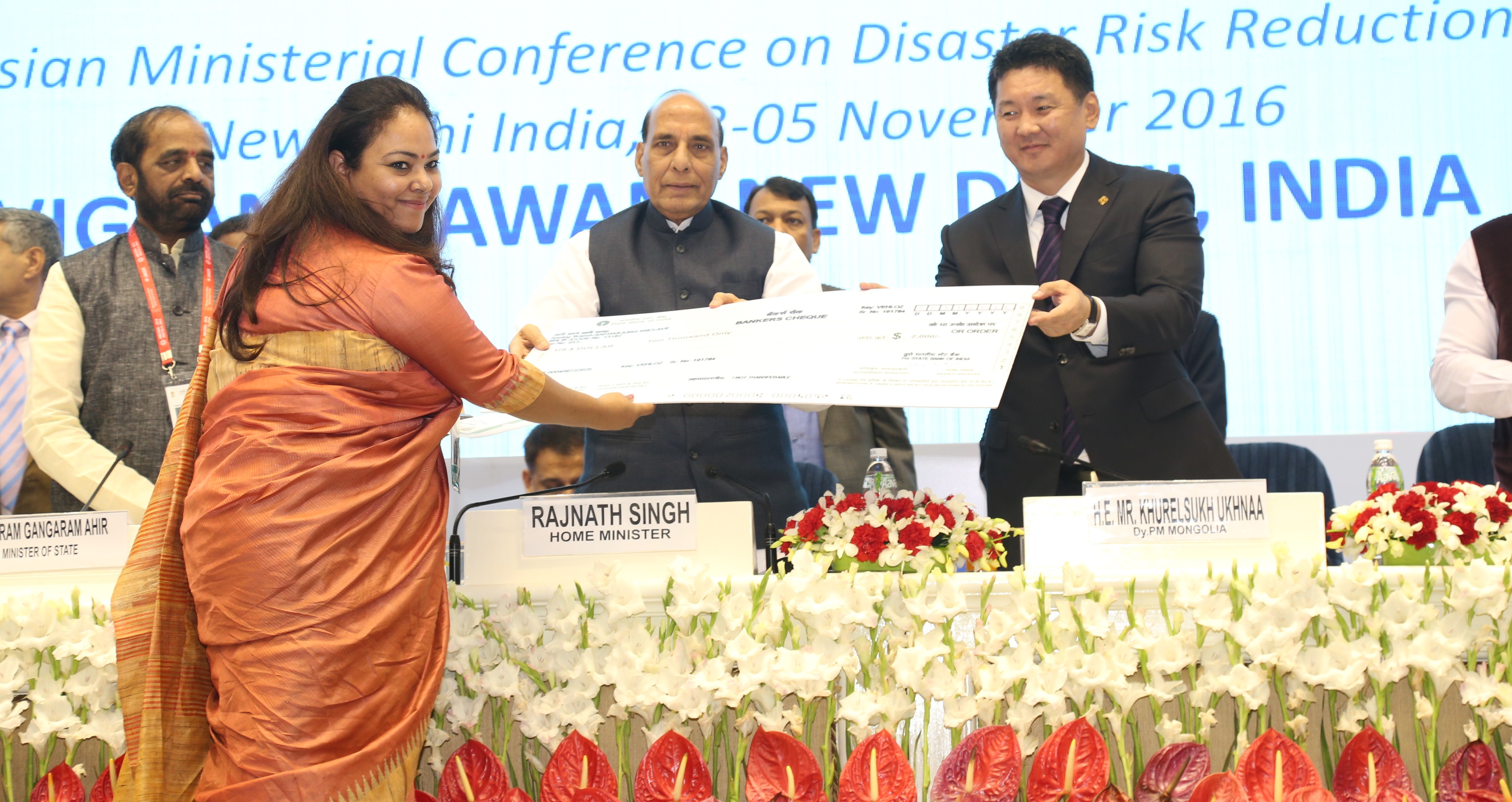 Winners of the short film competition were felicitated during the Closing ceremony of the Asian Ministerial Conference for Disaster Risk Reduction (AMCDRR) 2016 here today. The competition was held on the theme of Risk Sensitive Development for Community Resilience.

Union Home Minister, Shri Rajnath Singh, who also presided over the Closing ceremony of the Conference, gave away the prizes.

Aimed at increasing awareness on DRR and encouraging investments in prevention and mitigation measures, the competition invited entries under three categories: Positive Human Impact of DRR, DRR for Development and Adapting to Climate Change.

‘I Play, I Learn and I am Safe’, Live & Learn’s entry from Vietnam, won the prize under Positive human impact on DRR. Ms. Dang Thuy Duong received the award.

‘The Resilient Ones from the East of Indonesia’, a film about a community’s effort towards improving the management of its scarce water supply to increase harvest yields and strengthen food security, won under the category DRR for Development. Care World Indonesia’s prize was received by Ms. Kartika Juwita.

Ms. Meghna Chawla received the prize for the film ‘The Catalysts of Change Adapting to Changing Weather in Ladakh
(India)’ under the category ‘Adapting to Climate Change’. The film, submitted by SEEDS, shows how informed and empowered people will form the adaptive and resilient communities of the future.

A total of 52 entries, telling compelling stories of human resilience in an era of increasing disaster risk and a changing climate, were received from across Asia. The winners were adjudged on a number of parameters such as relevance of the film’s theme, creativity, innovation, originality and quality of production.

Short films and educational documentaries remain effective in strengthening the understanding of disaster resilience by showcasing community participation, success stories and best practices on Disaster Risk Reduction (DRR). Without a greater awareness, understanding and knowledge of the challenges and opportunities of disaster resilient development, it will not be possible to prevent and reduce disaster risk.

The New Delhi Declaration, a political statement spelling out the commitment of participating governments towards preventing and reducing disaster risk, and the ‘Asian Regional Plan for Implementation of the Sendai Framework’ were also adopted during the closing day of the Conference.