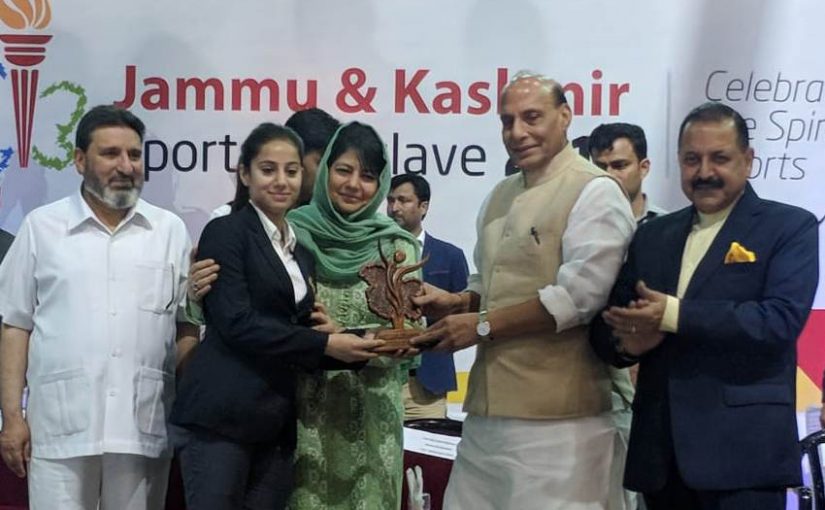 Home Minister appeals youth to choose development and not destruction

The Union Home Minister Shri Rajnath Singh arrived in Srinagar today on a two-day visit to the state.

Shri Rajnath Singh told the youth that future of not only Jammu and Kashmir, but also the country is in their hands. He said “ummid ka ujala” can happen only with “sports ki karamat” and “taleem ki taqat”. The Home Minister assured that future of J&K youth has always been safeguarded by India and it will remain so in future. Some forces have been trying for many years to mislead the J&K youth. Those forces have no interest in their future. Youth of J&K have same role and contribution in India’s growth and progress just as youth of any other state, he said.