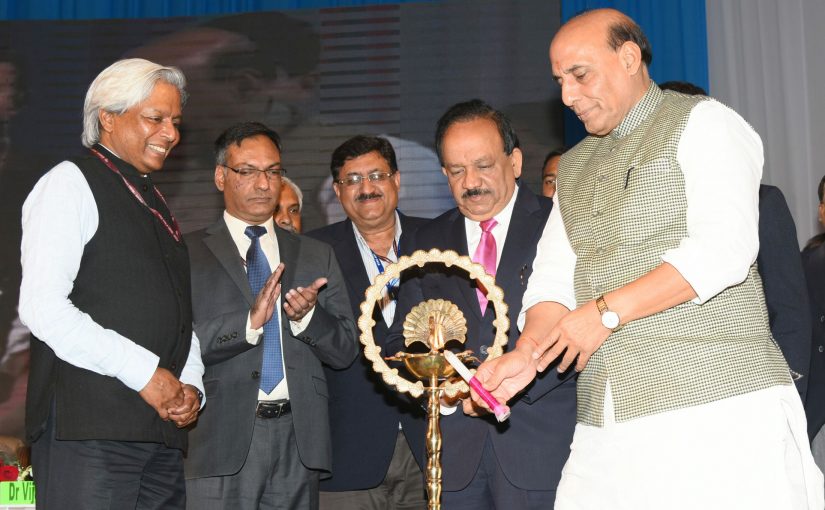 The Union Home Minister Shri Rajnath Singh has called upon the young scientists to spread the message of cashless transactions. Addressing the gathering after inaugurating the India International Science Festival 2016 (IISF-2016) here today, Shri Rajnath Singh said the e-payments, e-wallets, mobile phone banking and various other modes of cashless transactions will not only lead to less cash transactions but also help realize a corruption free society. He appealed the youth to take the Prime Minister Shri Narendra Modi’s science and technology programmes such as Digital India, Make in India, Skill India, Stand Up India – Start Up India to the common man.

Underlining the need to create scientific temper in the society, Shri Rajnath Singh said India is the world leader in Software Technology. Indians constitute the largest majority of software developers among immigrants in the Silicon Valley while the top executives of leading software companies including Microsoft and Google are headed by Persons of Indian Origin, he added.

The Union Home Minister said that in ancient times India was a repository of scientific knowledge and temper. Even the great astronomer and cosmologist Carl Sagan once observed that ancient India’s cosmological calculations were the nearest in tune with modern scientific calculations, he added. Shri Rajnath Singh said he would rather not like India to emerge as a Super Power, but aim to be the world’s “guru” or teacher.

Speaking on the occasion, the Union Minister for Science & Technology and Earth Sciences, Dr. Harsh Vardhan said India’s R&D matches the best in the world. He said, we are now providing data on Earth Sciences and Weather forecasting to around 30 countries. With CSIR scholarships such as the INSPIRE, what we are witnessing today is brain gain instead of brain drain, he added.