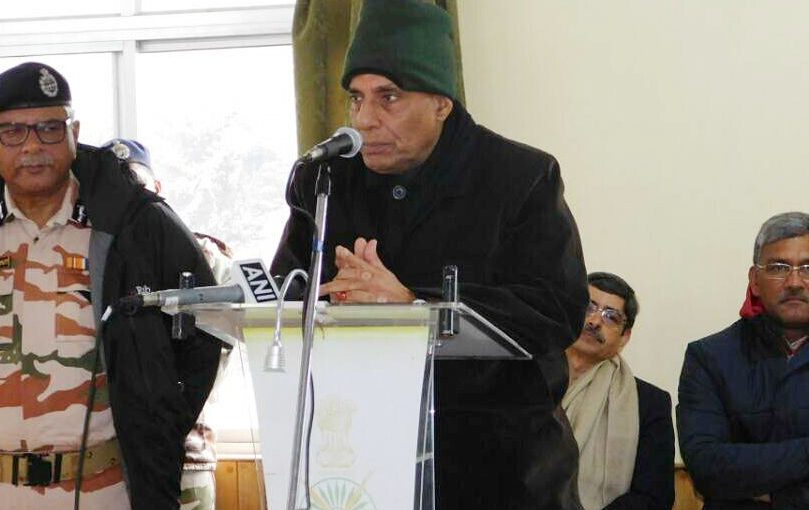 Shri Rajnath Singh made the announcement after chairing the first security review meeting in Gangtok with Chief Ministers of five states bordering China.

Singh also declared that 34,000 posts of paramilitary constables were upgraded as head constables.

“It is our duty to know about the problems of jawans, that is why we have launched Ministry of Home Affairs (MHA) Mobile Application for grievance redressal of the Central Armed Police Forces (CAPFs) personnel and also 34,000 posts of paramilitary constables will be upgraded as head constables,” said Singh.

Earlier this day, the Home Minister visited the India- China border post and reviewed the security situation. He assured that a lot has been done for the welfare of paramilitary personnel but much more needs to be done in the coming days.

Singh asked the ITBP jawans to use the recently launched mobile app by the Home Ministry to register their grievances, including personal problems, so that the ministry can try to resolve them.

The Home Minister also promised to look into the demands of the ITBP to bring uniformity in high altitude allowances.

The border is not fully demarcated and the process of clarifying and confirming the Line of Actual Control is in progress.

The border areas, which are located at high altitudes, have inadequate development and infrastructure facilities. The Indo-Tibetan Border Police Force (ITBP) guards this border and has established 173 Border Out Posts (BOPs).

Out of these BOPs, 35 are in the western sector (Jammu and Kashmir), 71 in the middle sector (Himachal Pradesh, Uttarakhand) and 67 in the eastern sector (Sikkim and Arunachal Pradesh). The home minister also interacted with Army jawans. (ANI)