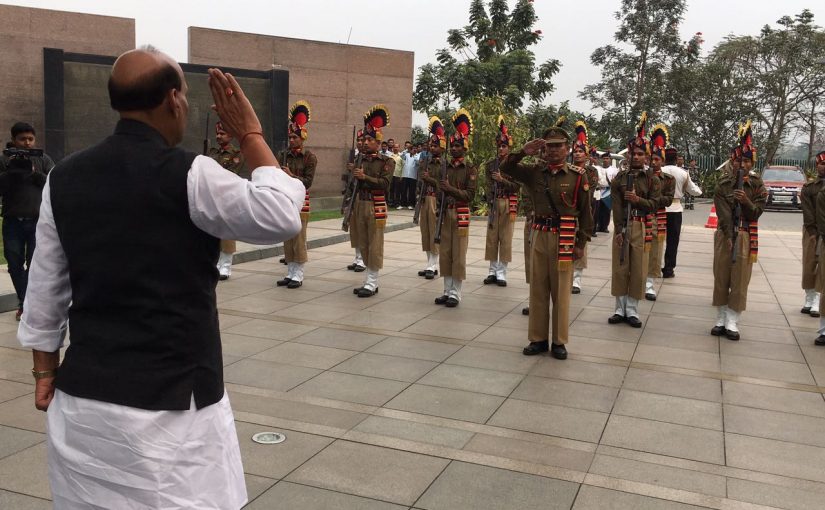 ITANAGAR: Development of the North East is essential for the country’s economic development, Union Home Minister Shri Rajnath Singh said today while criticising the previous UPA regime at the Centre for neglecting the region for years.

Shri Singh, who was addressing a function to mark the 31st Arunachal Pradesh statehood day, called the North East a “holy place” and one of the richest in the country.

“But no one had taken care of it even after several decades since Independence,” he said.

“In 2001, the NDA government under Prime Minister A B Vajpayee created the Ministry of Department of North Eastern Region as an independent one. After this, the region got a momentum in terms of development,” he told the gathering.

“And now Prime Minister Narendra Modi had rechristened the ‘Look East Policy’ as ‘Act East Policy’ to fast track development in the region after years of negligence,” he said.

The senior BJP leader said the Centre was keen on development of Arunachal Pradesh which is “strategically located sharing international borders with China, Bhutan and Myanmar”, and assured full support to the state for its all round development.

Referring to the border dispute between India and China, Singh said the relations between the Asian giants had improved and they were involved in bilateral trade worth USD 70 billion.

Shri Singh, who was accompanied by Minister of State for Home Affairs Shri Kiren Rijiju and BJP national secretary Shri Ram Madhav, said, “Arunachal Pradesh is in its full youthfulness and interestingly the Chief Minister is also the youngest in the country. He has the vision and will power to lead the state to the zenith of development.”

“I am confident that under Shri Pema Khandu, Arunachal Pradesh will shine among developed states of the country,” he said.

BJP had formed the government in Arunachal Pradesh last year after 33, out of 43 Peoples’ Party of Arunachal (PPA) MLAs led by Chief Minister Pema Khandu, joined the party.

The Union Minister also declared open a four-day Festival of Arunachal and released a souvenir on the occasion.