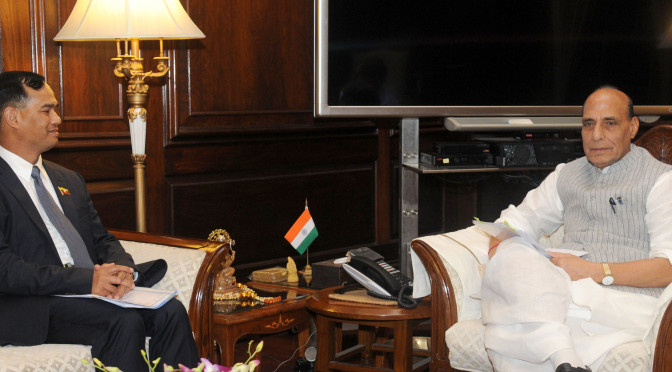 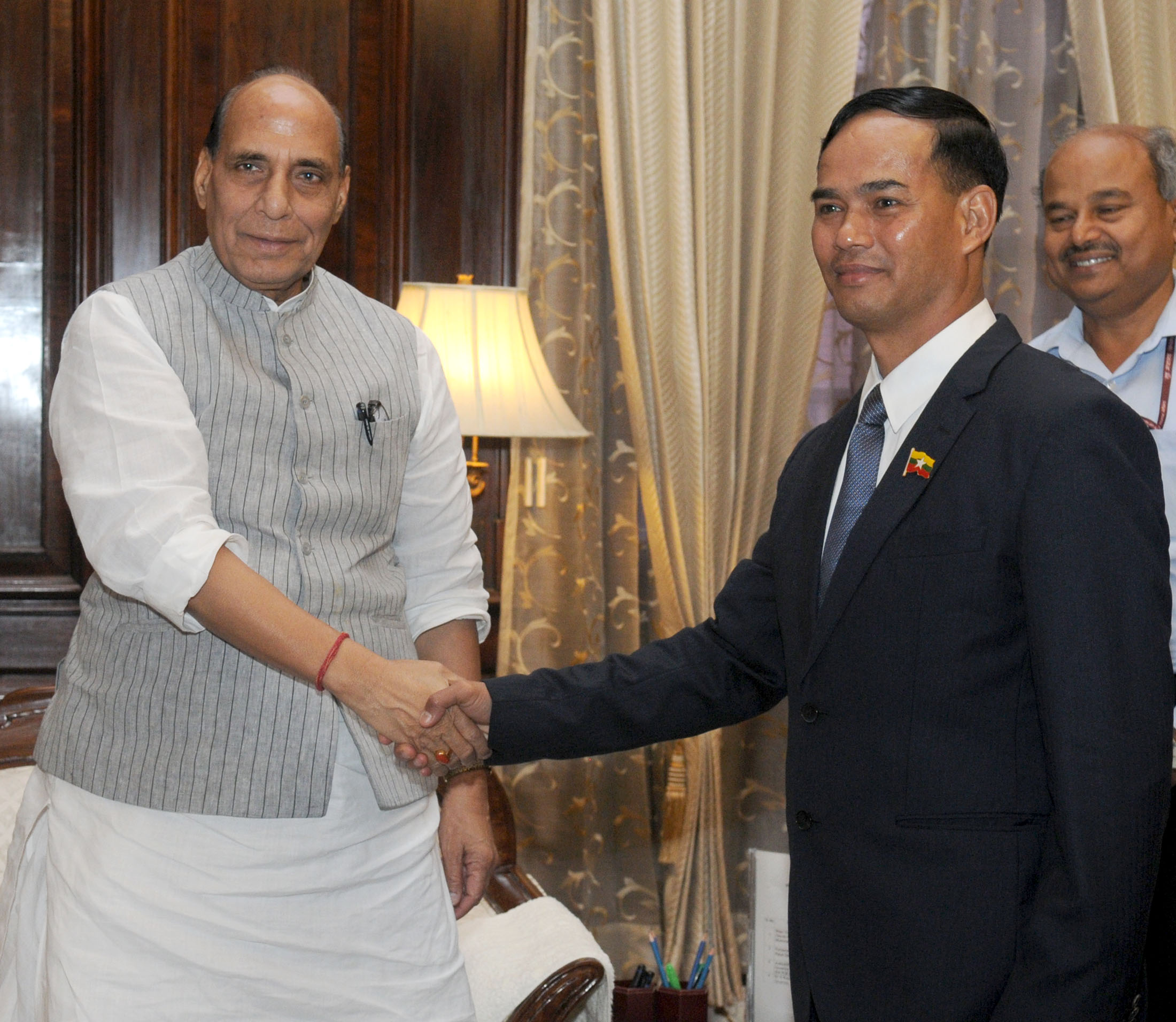 Shri Rajnath Singh expressed his happiness on the visit of the Myanmar delegation and said that both the sides will be benefitted from discussions on issues of common concerns ranging from border management, security and consular matters.

During the meeting security issues including cooperation to check activities of insurgent groups along the international border, checking of arms smuggling, exchange of intelligence information, cooperation in prevention of drug trafficking, checking smuggling of wildlife articles were discussed.

The two countries also discussed border management related issues including certain constructions in boundary areas. Joint inspection of boundary pillars and construction of additional boundary pillars on the international border was accepted as a means to avoid any confusion on this account.

Consular issues, including prisoners in jails of the other country were discussed in detail. India offered capacity building programs for Myanmar Police, Narcotics, Wildlife Crime Control and for disaster mitigation and preparedness.

The talks were held in a cordial atmosphere with mutual understanding of each other’s concerns.

The next National Level meeting between the two countries is likely to be held in July, 2017 in Nay Pyi Taw in Myanmar.