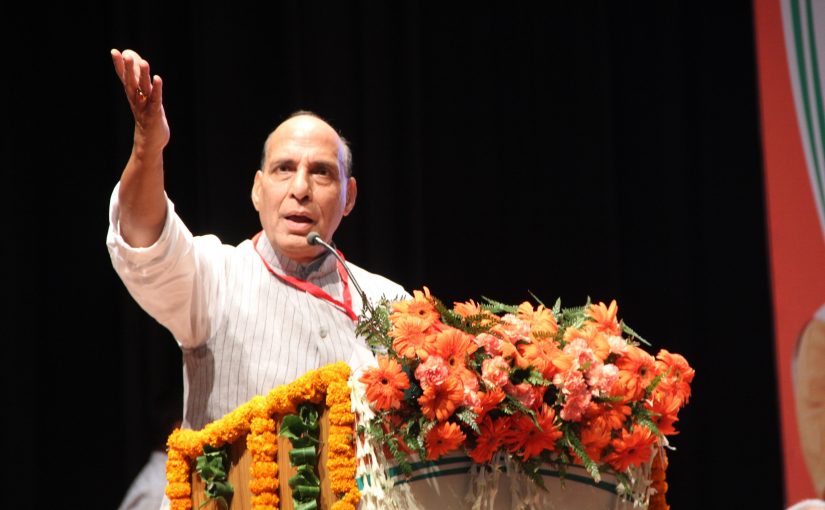 The Union Home Minister has also instituted three more Medals, – the Antarik Suraksha Medal, Asadharan Aashuchan Padak, and Utkrisht & Ati-Utkrisht Seva Medal. The Medals will be awarded annually; while the HM’s Special Operation Medal and Asadharan Aashuchan Padak will be awarded on 15th August coinciding with the Independence Day, the Antarik Suraksha Medal and Utkrisht & Ati-Utkrisht Seva Medal will be announced on 26th January to mark the Republic Day.

The Asadharan Aashuchan Padak will be given to officials of Intelligence organization of Central Government and Intelligence Dept./wings/Special Branches/Units of all State/UT Police, CPOs, CAPFs, Assam Rifles (AR) and National Security Guard (NSG) for acts of exceptional courage and skill in intelligence gathering.

The Antarik Suraksha Medal will be bestowed upon Police personnel of States/UTs/ CPOs/CAPFs/Security Organisation in recognition of Operation Duty rendered by them for a tenure of every two years in Internal Security in J&K State/LWE region/NE region.

The Utkrisht and Ati Utkrisht Seva Medal will be awarded to permanent Police personnel and other permanent support staff working in CAPFs, State/UTs Police Forces, CPOs, AR, NSG, Home Guard (HG) and Intelligence organization of Central Govt/State Govt./CAPFs in recognition of Long Service of 15 and 25 year and good service records.

There will be no limit/quota for awarding the HM’s Special Operation Medal, Antarik Suraksha Medal and Asadharan Aashuchan Padak while there will be a cap of 1% and 0.5% of the sanctioned strength rank wise (Constable/HC/ASI/Sl/lnsp./Dy. SP/SP & above) subject to the eligibility conditions for the Utkrisht & Ati-Utkrisht Seva Medal respectively.

The medal may be withdrawn if the holder is found guilty of disloyalty or brings the Force to disrepute such as removal, major penalty, criminal offence etc.