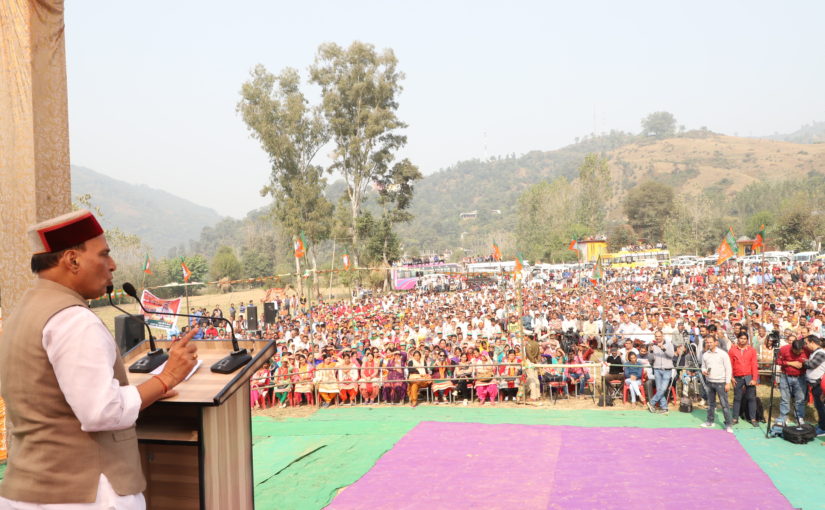 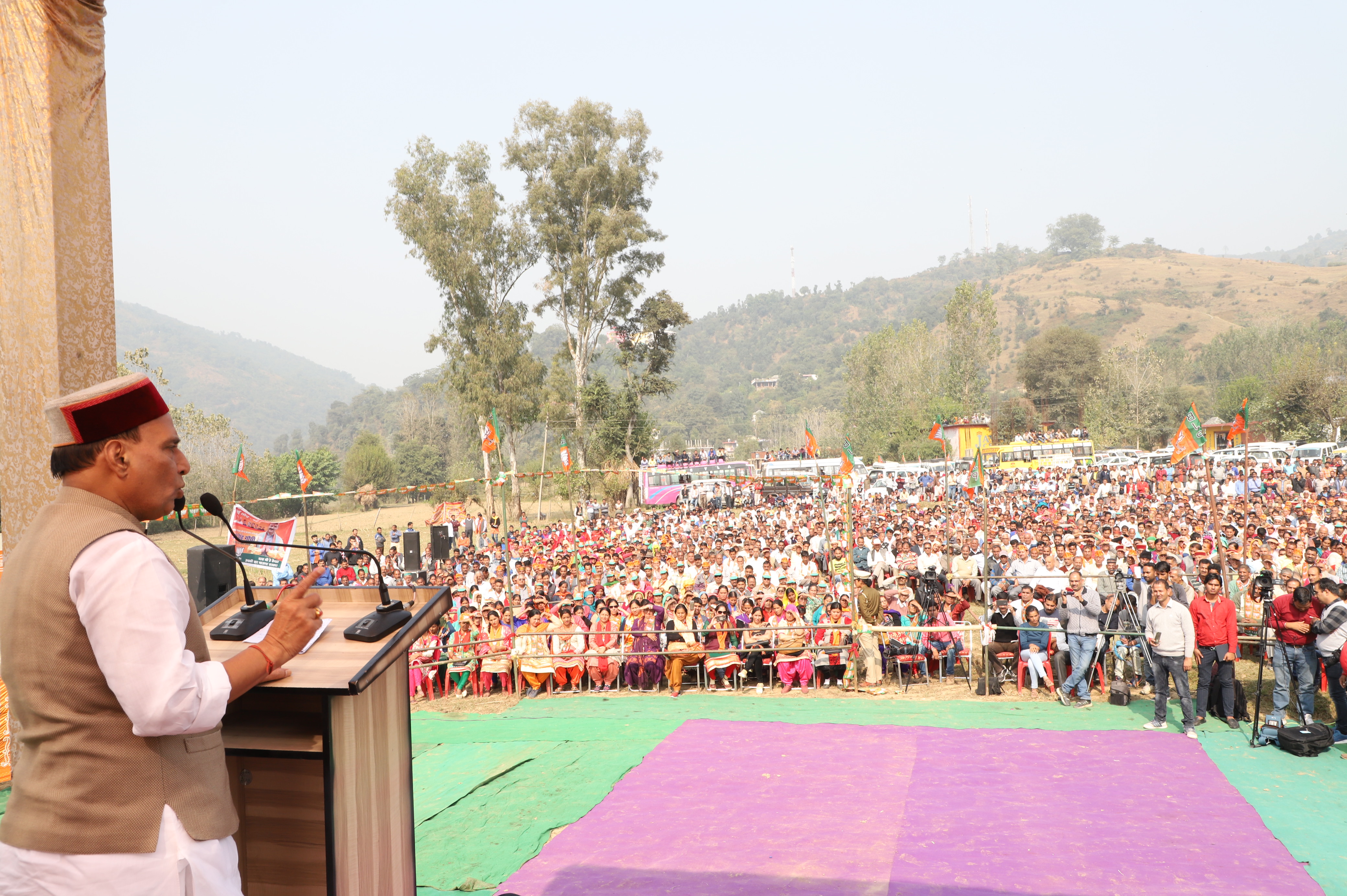 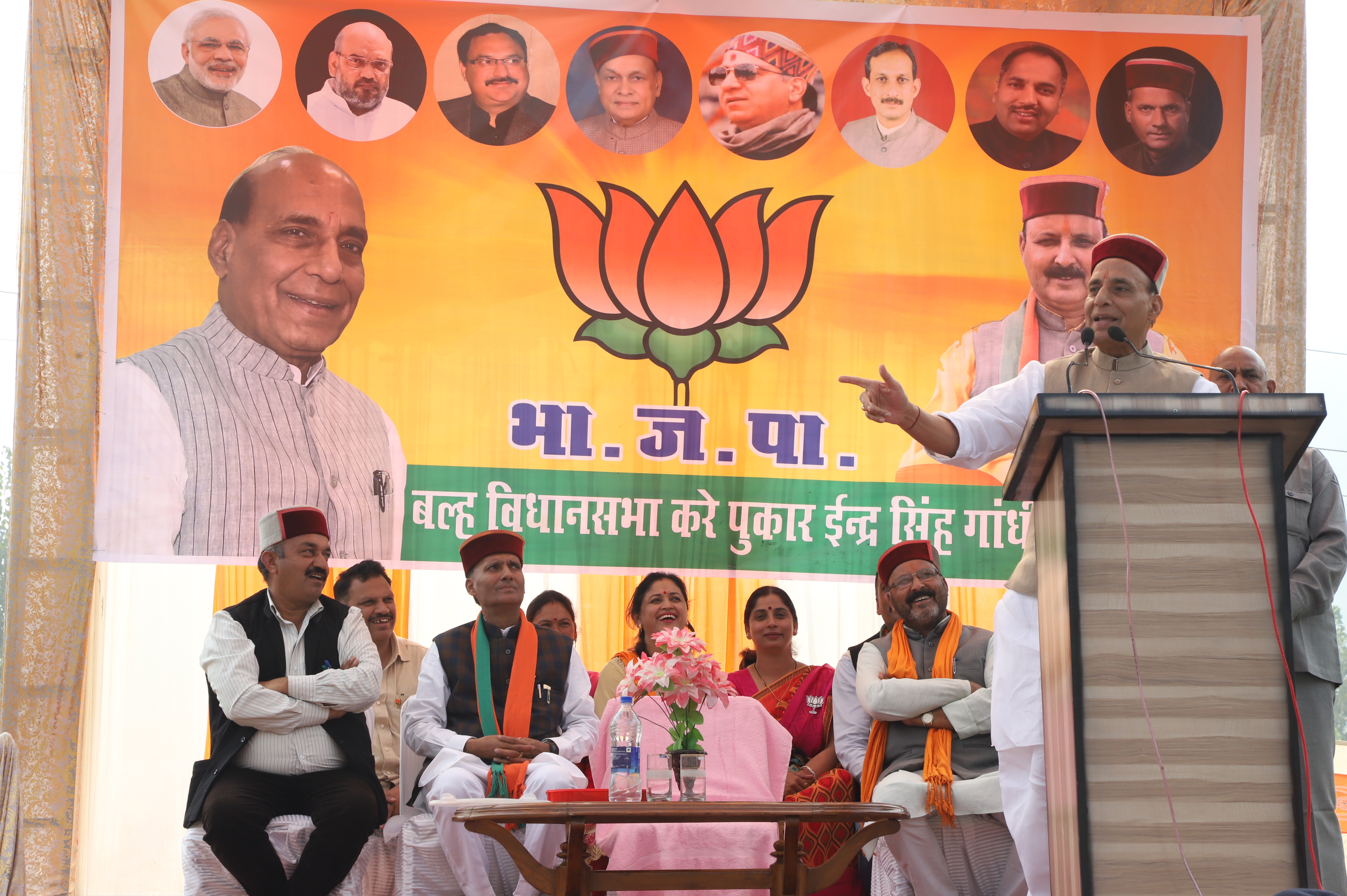 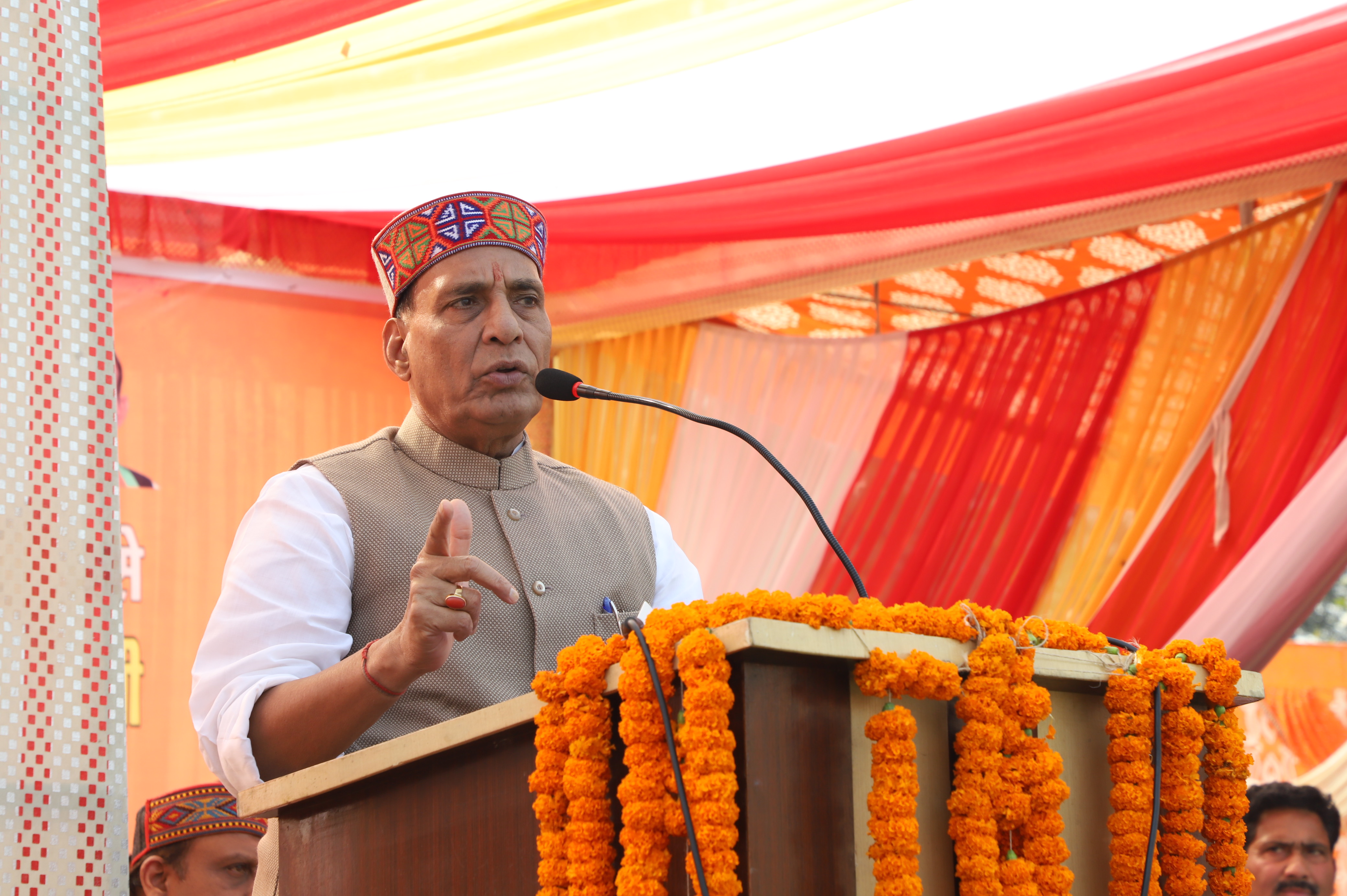 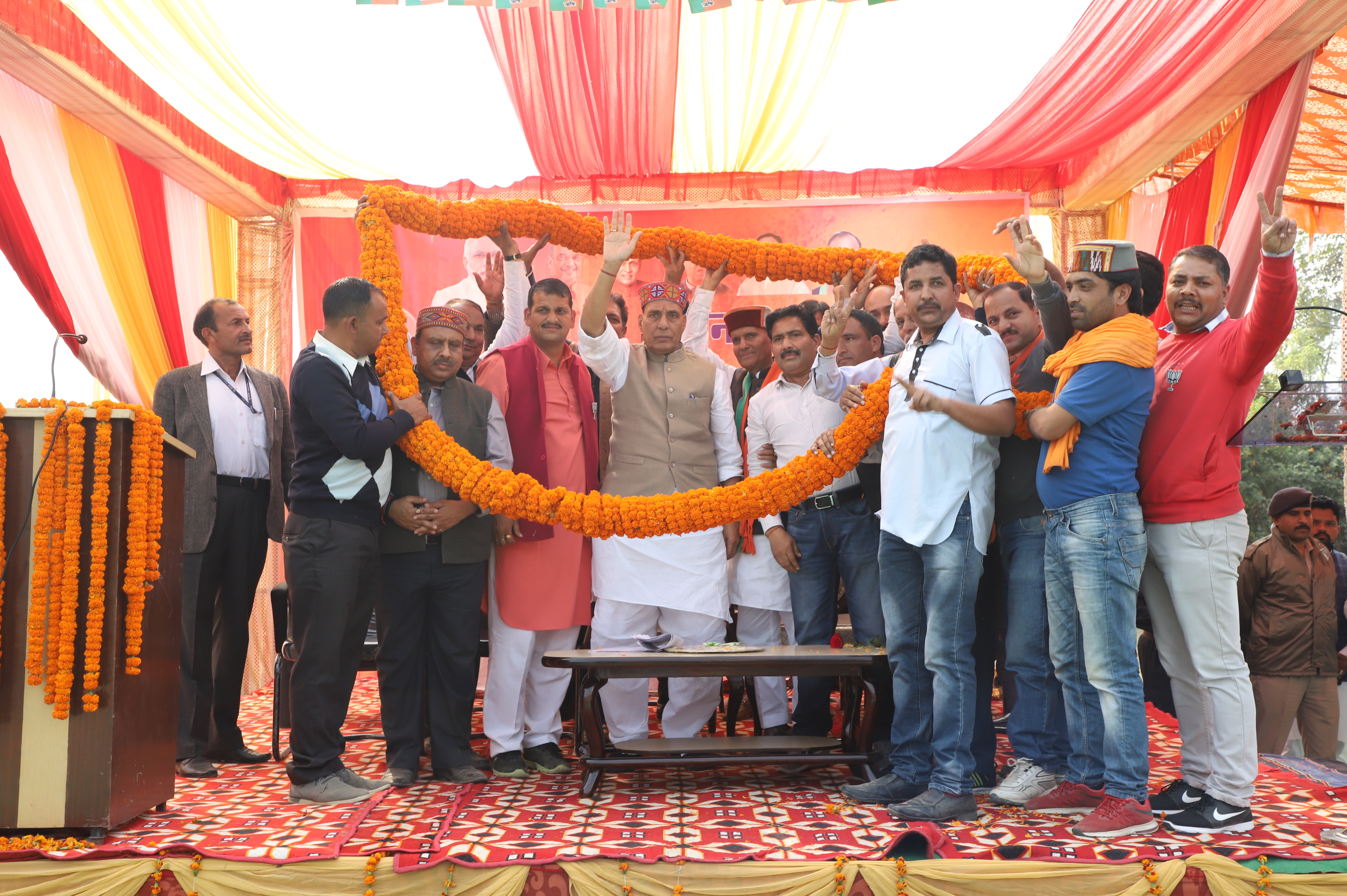 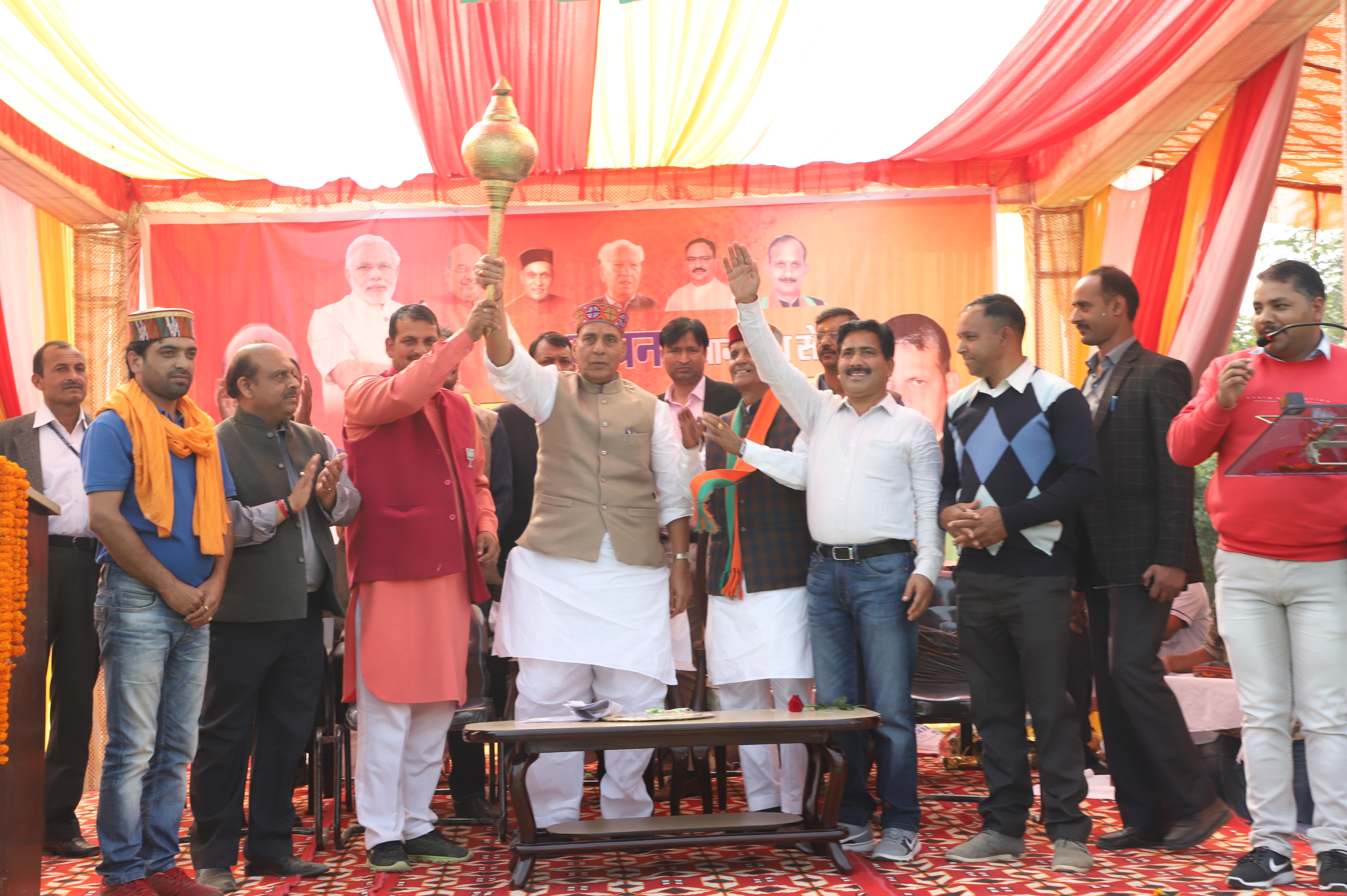 Speaking at the rally he told the people that ever since BJP formed government at centre it never allowed any discrimination against Himachal Pradesh and will ensure the same in the future.

Addressing the rally, he appealed to all political parties that if any leader is accused of any corruption, and there is a prima facie case against him, then the leader should offer his or her resignation.

He added that in spite of several allegations of corruption, the fact that the Chief Minister of Himachal Pradesh continued to hold the post is embarrassing for the people of the state.

Further, talking about the host of measures and policies implemented by the BJP government at centre; for the inclusive development of people, he said that after forming the government in 2014 interviews for the grade 3 and 4 jobs were done away with.

He also assured that BJP government will make all efforts to reduce the cost of farm inputs and will ensure fair prices for the farm produce.

Talking about some of the central government initiatives he reminded the people that more than 30 crore bank accounts were opened in the last three years. He also added that previously it was only the privileged who could easily get the loans but under Pradhan Mantri Mudra Yojana crores of young and enterprising men and women got loans on very easy terms.

Talking about central government’s seriousness about ensuring clean governance and corruption free atmosphere, he said that his government took strong action against fake companies and business enterprises and till now more than 3 lakh such entities have been shut down.

“I thank people as they accepted difficulties and problems but acknowledged our honest intentions and accepted our decision of demonetisation”, said Shri Rajnath Singh.

He said that in no circumstances his government will compromise with the pride and honour of the country and while being a peace-loving nation –that India has always been, will not shy away in retaliating as strongly as possible to any sinister act directed towards India.

He also assured the people that his government is making all efforts to double the farm income by 2022
“Our government has resolved that by 2022 we will build a ‘New India’ where every family will have their basic necessities fulfilled”, he added.