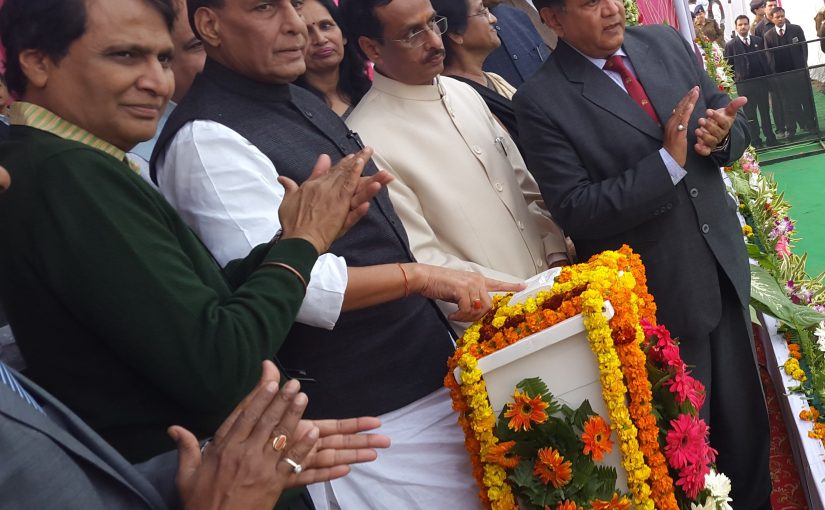 Union Home Minister Shri Rajnath Singh today laid foundation stone of several development projects for Gomtinagar Railway station in Lucknow. Speaking on the occasion, the HM said that the development projects should not be stopped in the Uttar Pradesh capital. While observing that metro services will soon begin in the Lucknow, the home minister further said that whatever work he was doing for the development of Lucknow was dedicated to former prime minister Shri Atal Bihari Vajpayee.  Shri Atalji had been Member of Parliament from Lucknow from 1991 to 2009.

Later in the day, speaking on demonetisation, the Home  Minister said that those criticising the step should wait for at least 50 days as the step was taken in the national interest. While announcing the banning of high valued notes of Rs 500 and Rs 1,000, Prime Minister Narendra Modi had asked for 50 days and suggested the countrymen to deposit their old currency notes of banned currency in banks by December 30. The HM  had also said that step was being taken to fight against the black money and the corruption.