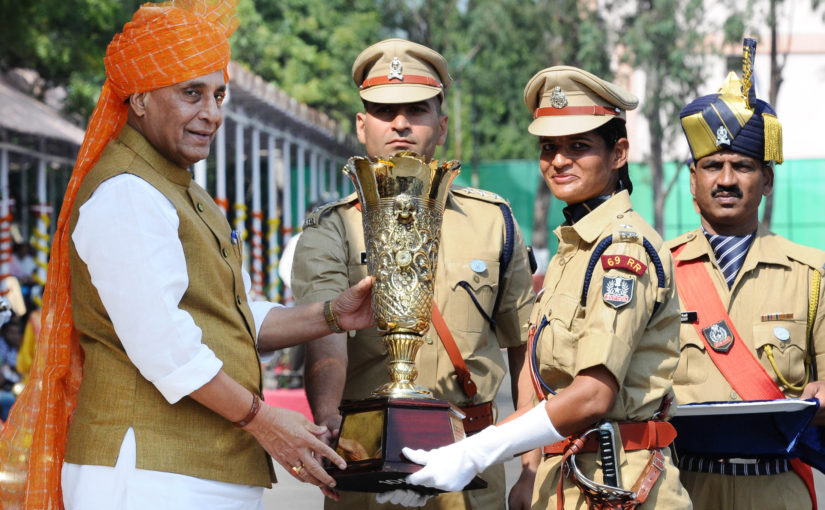 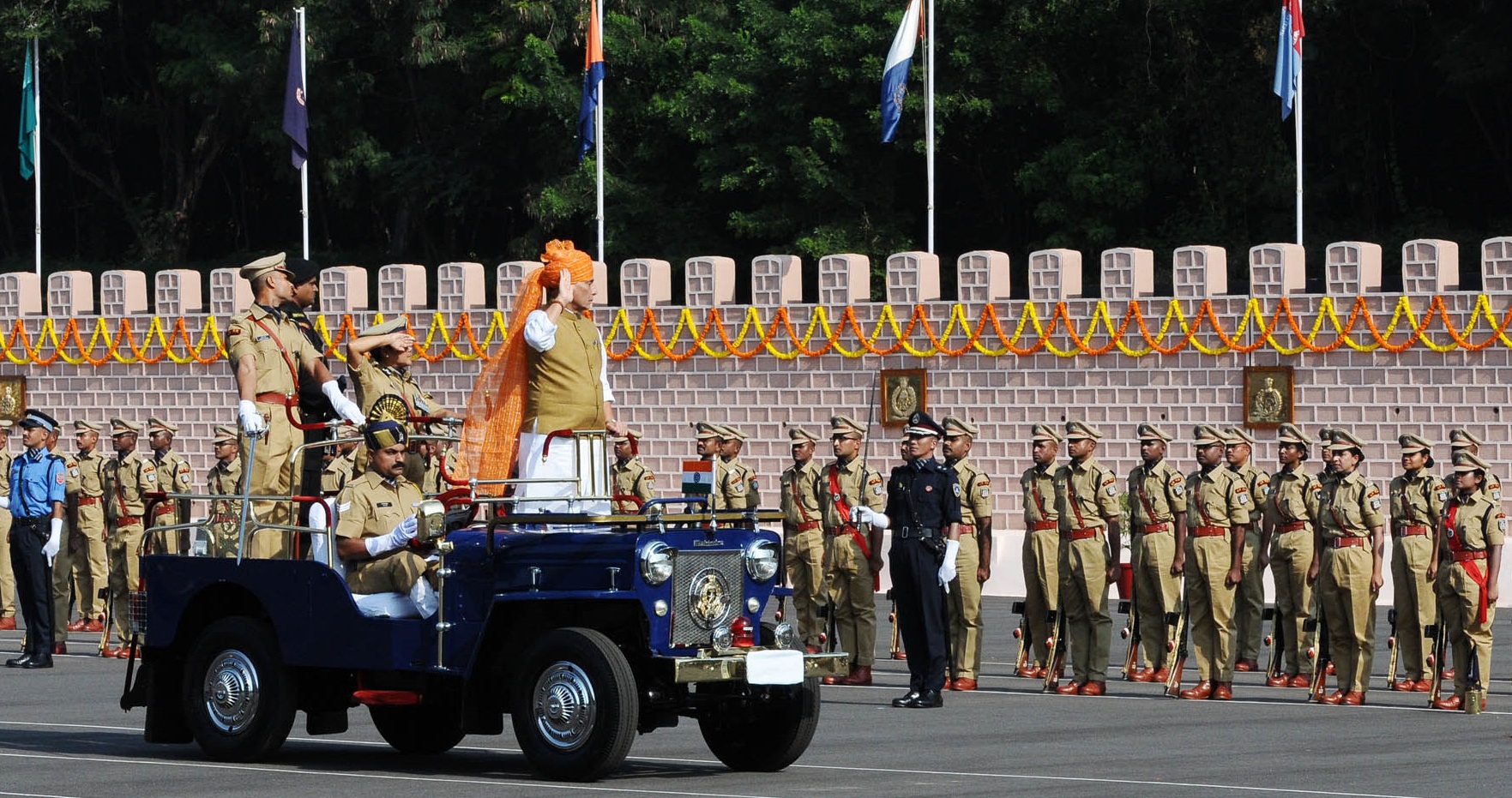 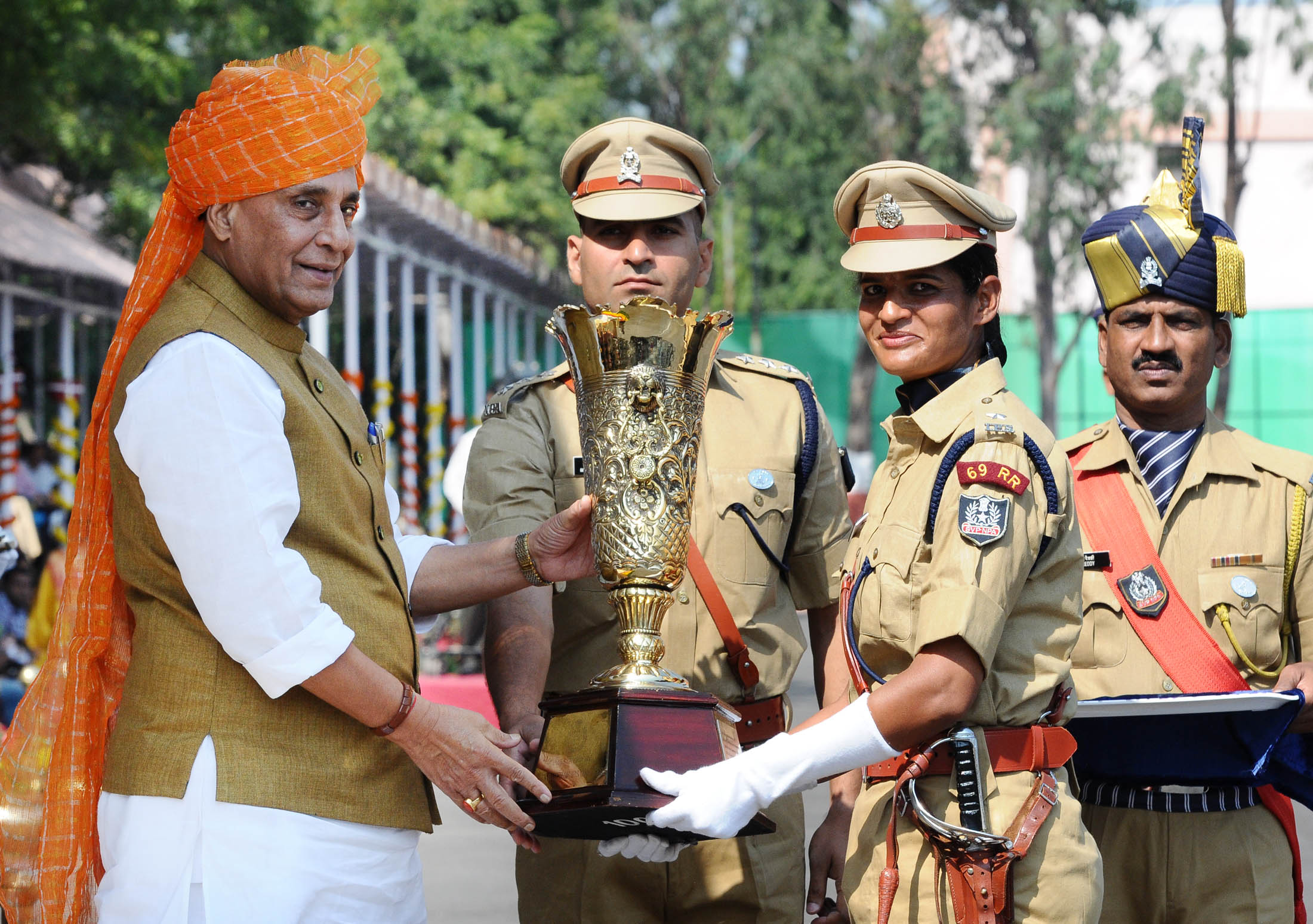 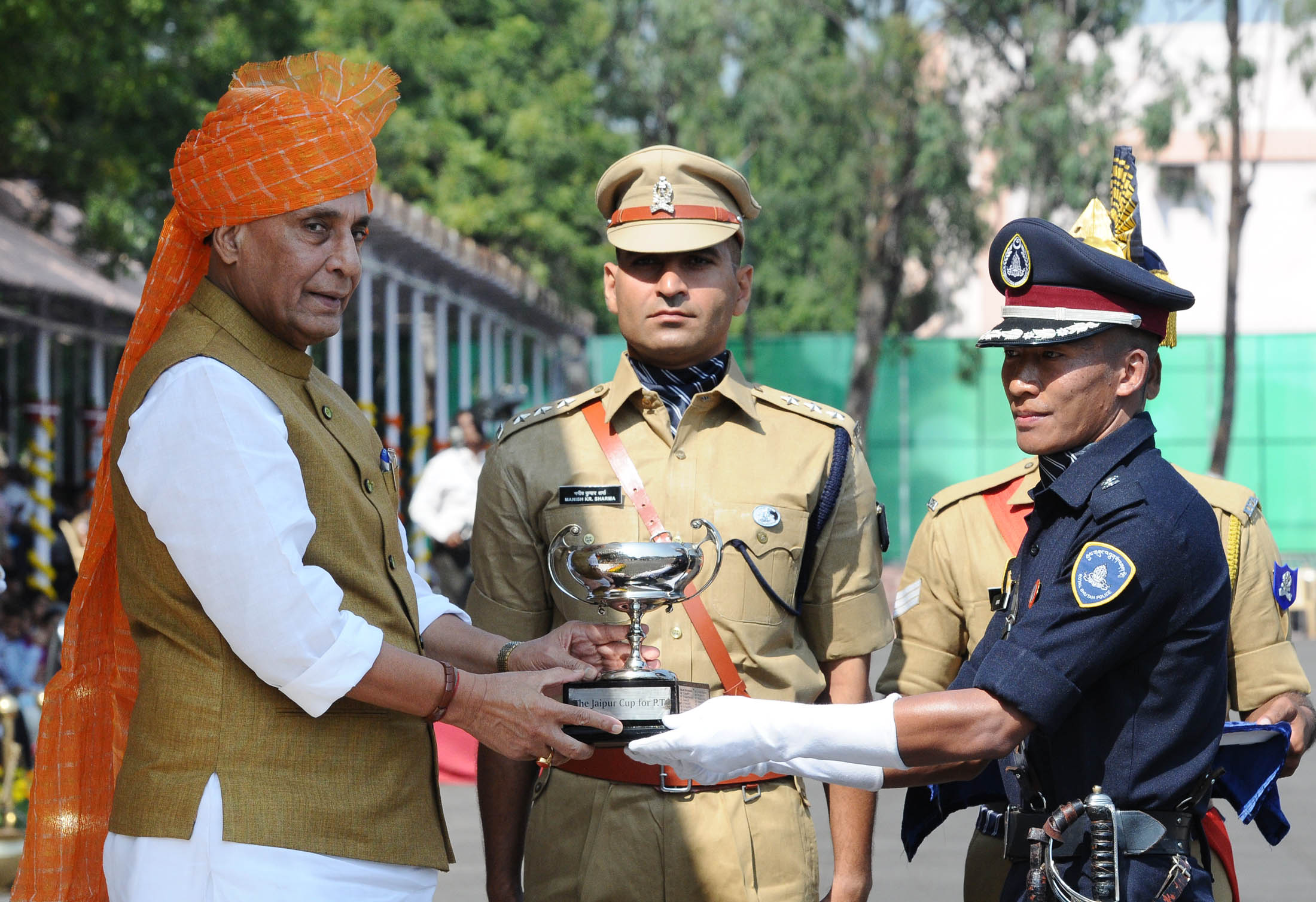 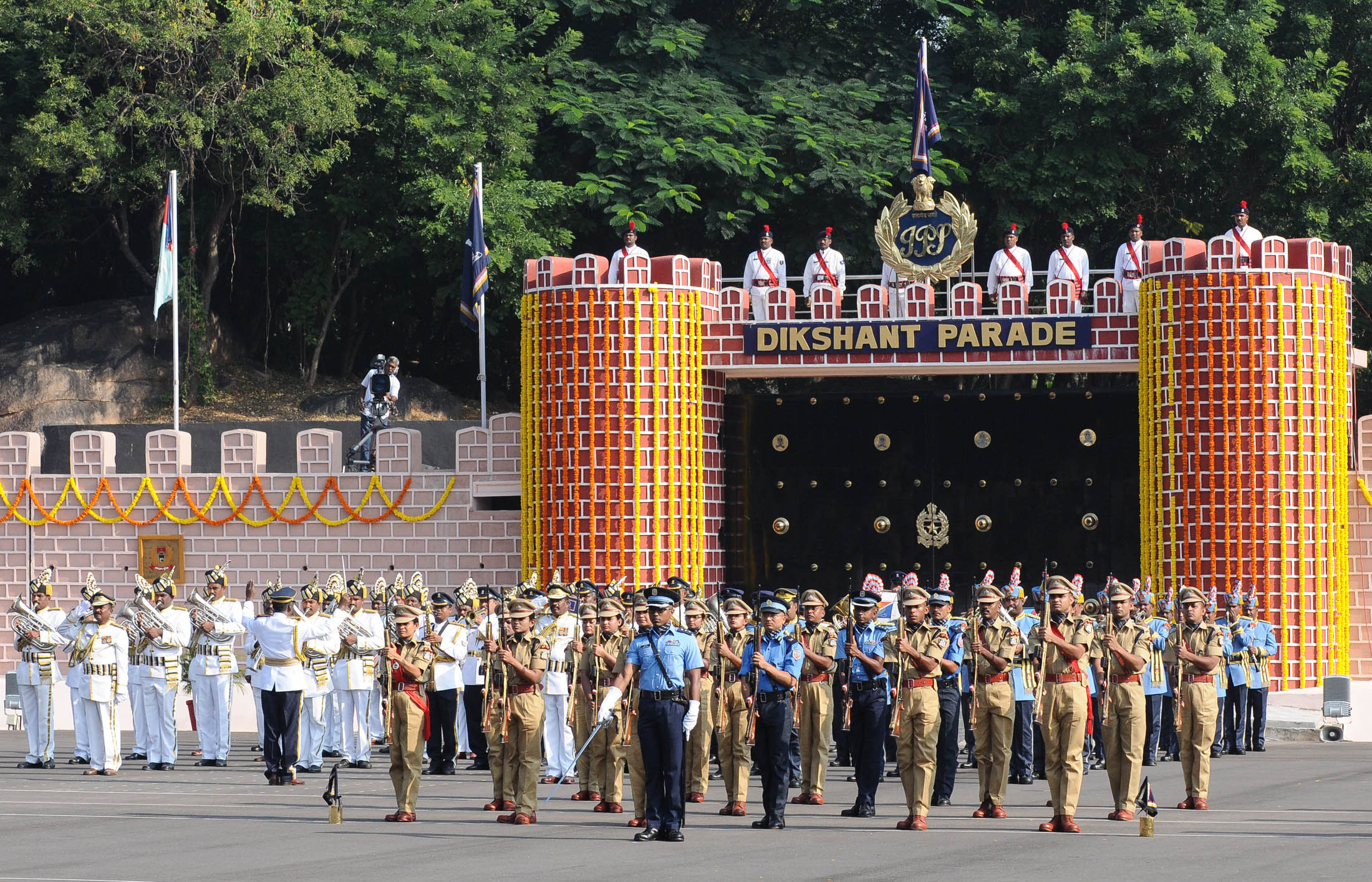 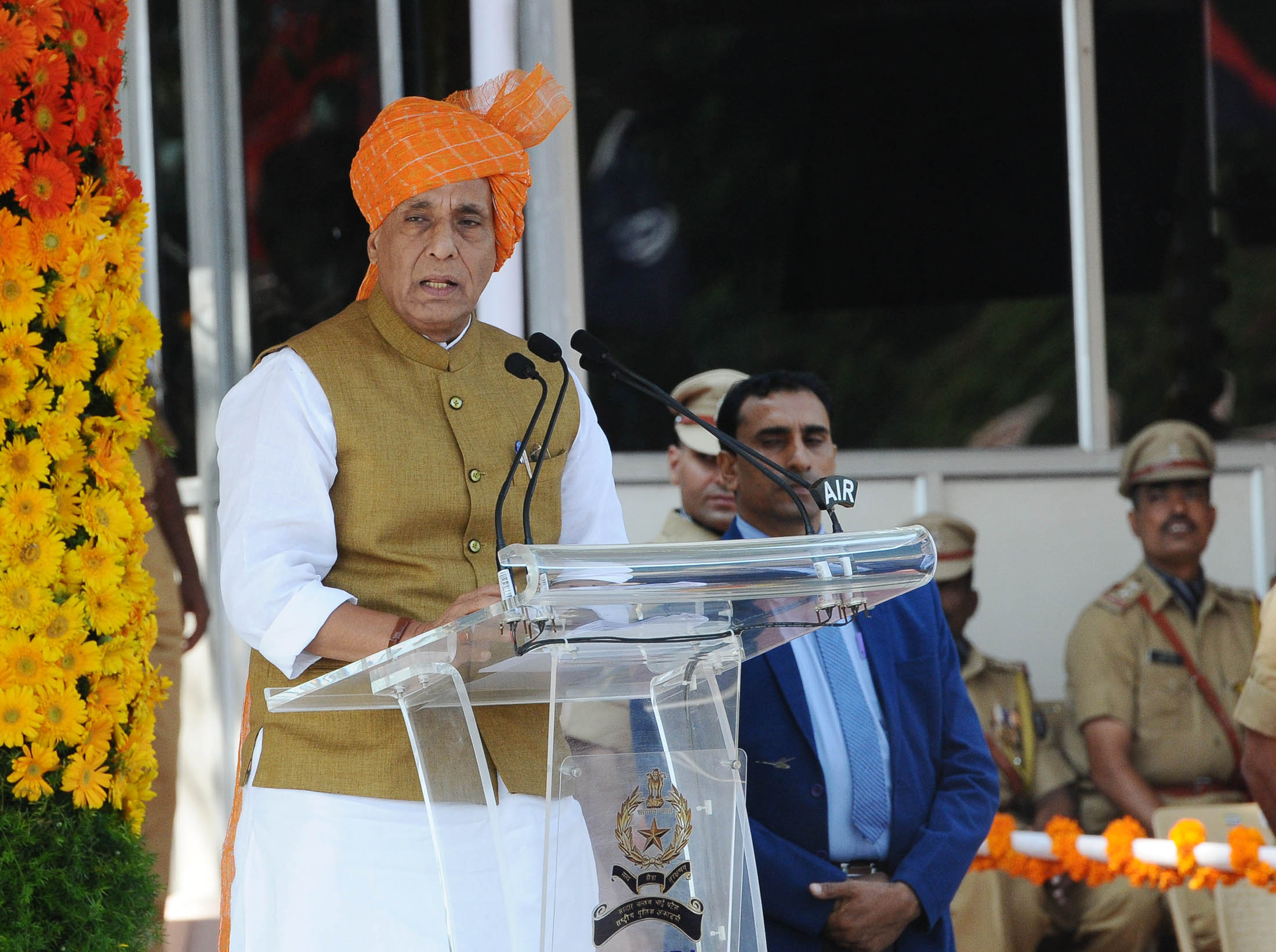 Union Home Minister Shri Rajnath Singh on Monday said that the foundation of national integration that Sardar Patel laid after independence will continue to inspire us and the political map of today’s India is the result of Sardar Patel’s effort.

Home Minister who was speaking on the occasion of passing out parade of 136 Indian Police Service (IPS) probationers at the Sardar Vallabhbhai Patel National Police Academy, Hyderabad, said that National Police Academy reminds us of Sardar Patel’s love for the country and his commitment & dedication towards national building”.

“Tomorrow is Sardar Patel’s birth anniversary. Let us bow to the leader who was the main force behind unified India”, said the Home Minister.

While applauding those who won the medals, Home Minister said. “I congratulate all those who had won medals. But the appreciation of your colleagues and public is the biggest medal which you all can win”.

However, he added, “Our intelligence & security agencies have been successful in countering these sinister and nefarious designs”.

He also highlighted the fact that the “number of Indians affected by the Islamic State’s ideology is far less in comparison to other nations and the reason for this is social and communal harmony that people of the nation believes in”.

He added, “Central government is all committed in strengthening the security structure of the country. We know that state police need central government help to tackle the present problems and all that might arise in future. Keeping this in mind last month our government had approved Rs 25000 crore package for police modernization”.

Advising the young officials to try their best to become role models for youth, Home Minister said that “Hard work, positive attitude, honesty and justice along with right decision are the qualities that will play a major role in this regard”.

He added, “In initial years of working, you all will work closely with public. You will find that people have great expectation from police officials. India is aspirational but its aspirations have a strong cultural base. The police service will provide you an ocean of opportunities. You will have to maintain professional and intellectual integrity while serving for the country”.

Telling the young officials to be empathetic towards people, Home Minister said, “People will come to you not for sympathy but empathy. You should maintain good conduct and behaviour during your service. To meet these expectations will be a challenge as well as a responsibility and opportunity too”.

He added, “While taking a decision an official should always ask this question whether it is in favour of justice or not”.

He added that there is a need to work towards modernisation of police forces and police should not be a brute force but it should be a civilised force.