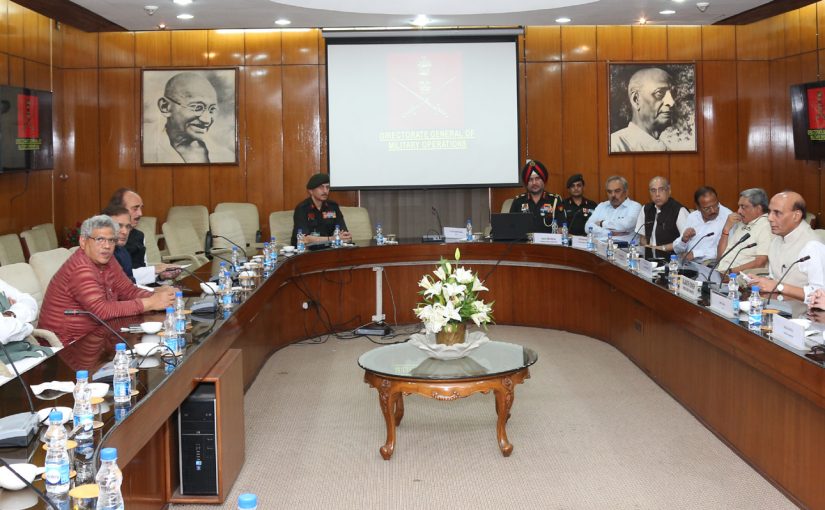 The Union Home Minister, Shri Rajnath Singh chairing an All-Party Meeting, DGMO briefed the meeting on Surgical Strikes by the Indian Army at launch pads along LoC, in New Delhi on September 29, 2016.

The Home Minister Shri Rajnath Singh today congratulated the Indian Army and the Prime Minister on successful anti terrorism operations carried out in the early morning. HM also chaired an all party meeting in New Delhi where the DGMO briefed the political leaders from different parties on the operations. All parties congratulated the role of Indian Army and expressed their support to the government in its anti-terror endevaours.