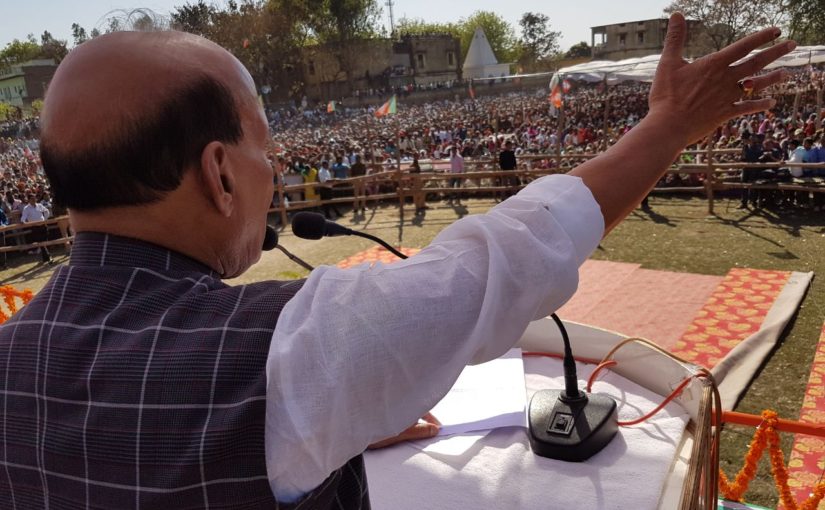 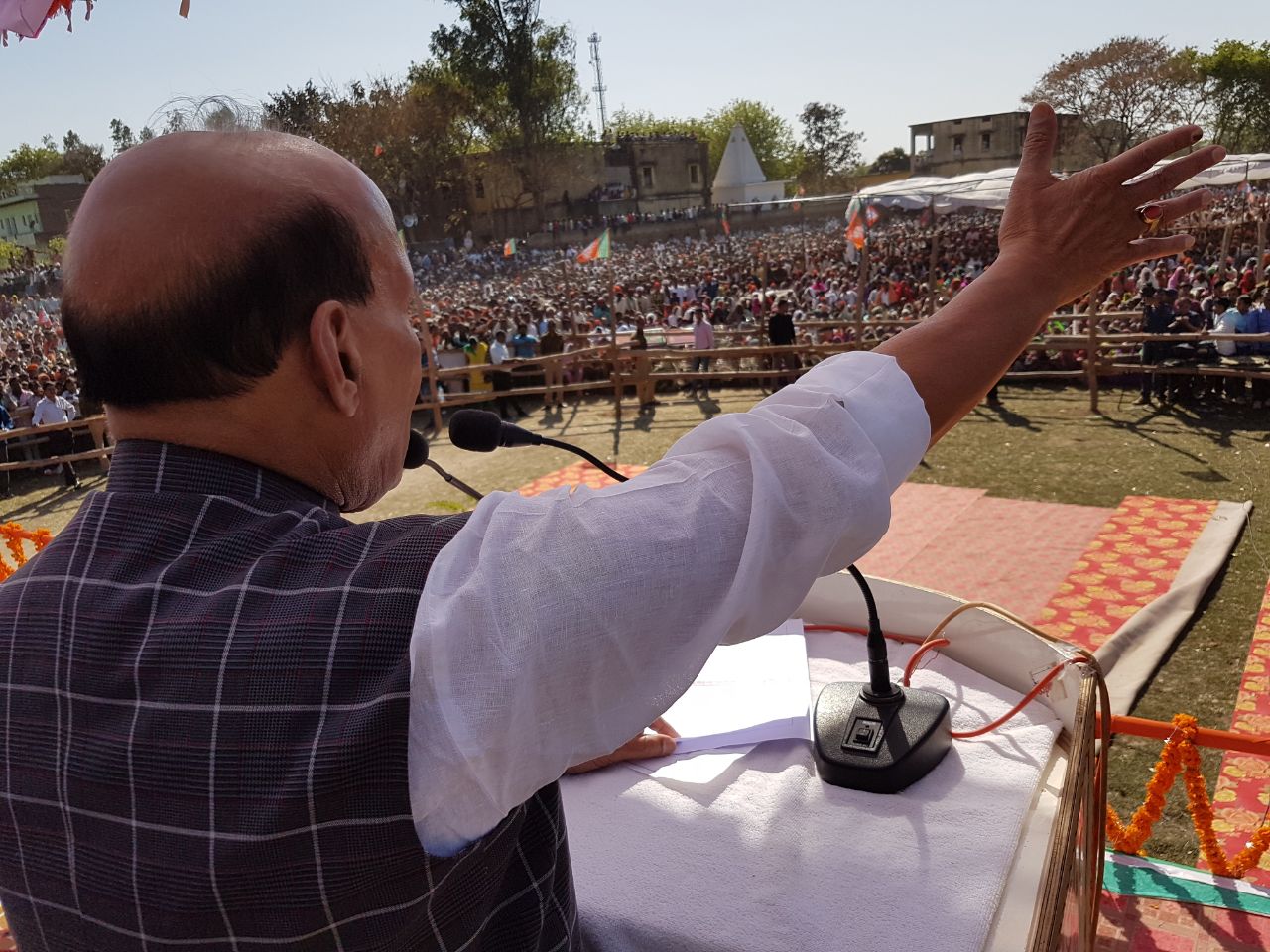 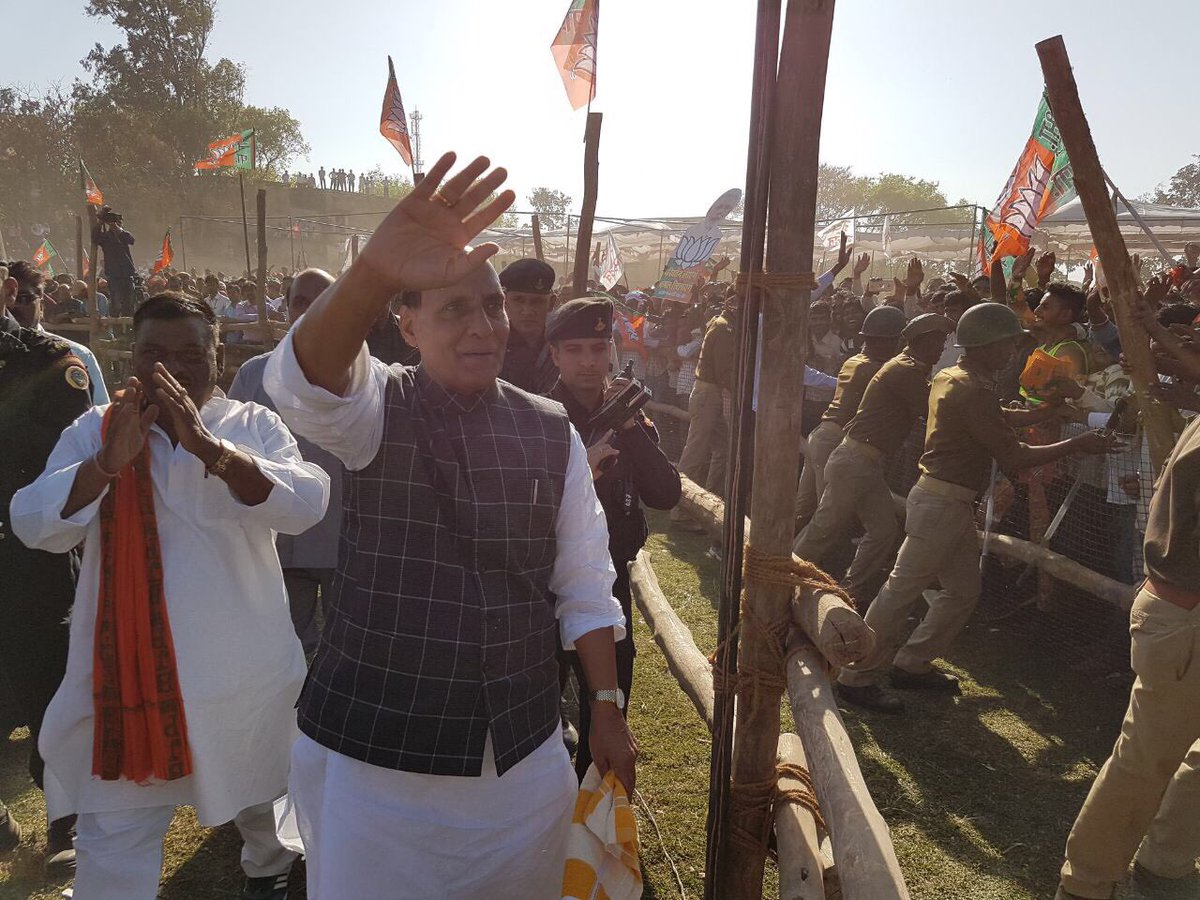 Campaign for seventh and final phase of 2017 Uttar Pradesh Assembly elections, covering 40 assembly seats in seven districts concluded on Monday. The seven districts going to polls on March 08 in this phase are Ghazipur, Varanasi, Jaunpur, Chandauli, Mirzapur, Bhadoi and Sonebhadra.

This brings the number of public meetings and election rallies addressed by Shri Rajnath Singh at different places in poll bound Uttar Pradesh, Uttarakhand, Goa, Punjab and Manipur to 125 constituencies.

At all the public meetings that Shri Singh addressed he reminded people that Bharatiya Janata Party (BJP) wants to win the elections but not just to form the government but for building and transforming Uttar Pradesh not just into a उत्तम (good) state but into सर्वोत्तम (best) state in the country.