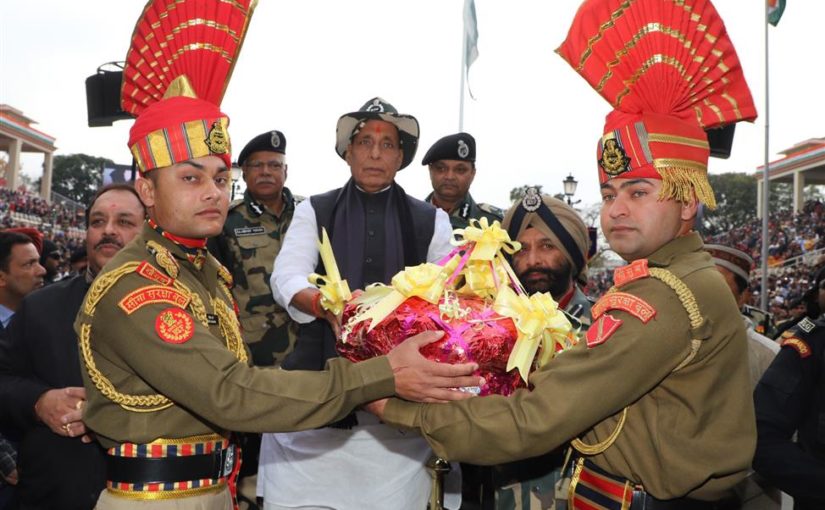 Residential Complexes will be constructed at all ICPs of country: Shri Rajnath Singh

The Union Home Minister Shri Rajnath Singh today laid the foundation stone for Security Force Residential Complex at Integrated Check Post (ICP), Atari at Indo-Pak International border in Amritsar district of Punjab. He also dedicated the newly created facilities at Joint Check Post (JCP). Lauding the role of security forces, he said that it will be the first residential complex at ICP and the Government has decided to construct such kind of Complexes at all the ICPs of the country.

Shri Rajnath Singh hoped that this facility will further boost the morale of security force personnel. He also said that with modern facilities at this ICP, the trade will not only be increased with our neighbour, but also with other countries through this route. These facilities will also provide employment to locals, he added further.

Later on talking to media, Shri Rajnath Singh said that the Government has started the process to acquire the land for Kartarpur corridor in Gurdaspur district of the state.
Share this...