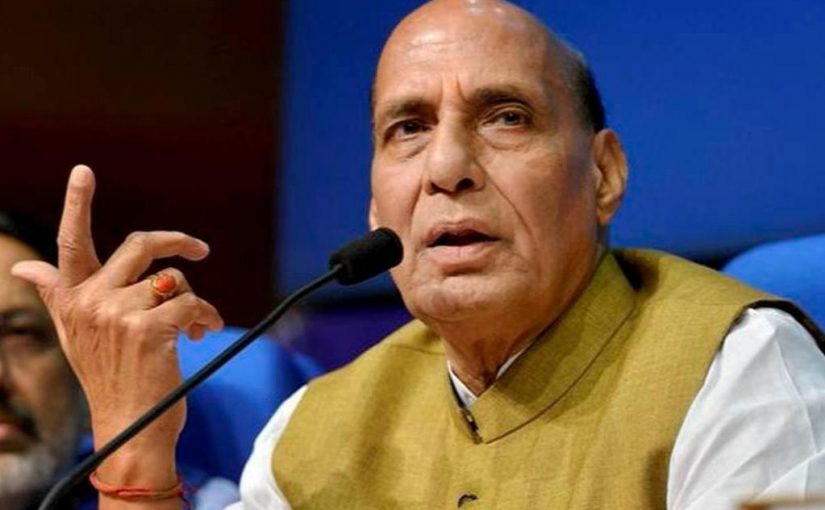 The Union Home Minister Shri Rajnath Singh inaugurated the two-day Asia-Pacific Regional Conference of the International Association of Chiefs of Police (IACP) today. The theme is “Challenges to Policing in 2020- How is Cyber Space shaping our approach to Cybercrime & Terrorism, how do we perform within it and take advantage of it”

The regional conference is being organised by the Asia-Pacific World Regional Office (APWRO) of the IACP in partnership with the Intelligence Bureau. The Director, Intelligence Bureau, as the Chair of APWRO, is the host of the Conference.

The phenomenal growth and influence of Cyberspace and Cyber technology have opened new challenges in the field of policing in recent times. The Conference is mainly focused on holding discussions about the growing interest of various terrorist/ organized groups and radical elements in exploiting the Cyberspace and its advanced technologies for their various heinous crimes and nefarious designs.

The Conference will provide a platform for top-level Police executives, both national and international, to discuss and understand how Cyber Space is shaping our approach towards Cyber-crime and Terrorism and also how to take advantage of it for better policing.

The Conference will be attended by the President, IACP, Mr Louis M. Dekmar, senior Executives of the IACP Headquarters, besides representatives from Police organisations of the Asia-Pacific region, namely, Afghanistan, Australia, Bangladesh, Cambodia, Dubai, Fiji, Malaysia, Myanmar, Mongolia, Nepal, Republic of Korea, Sri Lanka, Taiwan and Thailand. From within India, more than 35 Heads of Police Forces of States & Union Territories and of Central Police Organisations would also participate.

The National Security Advisor Shri Ajit Doval will deliver the keynote address. In all, seven-panel discussions would be held on subjects of current and future interest. The panellists, comprising specialists in their respective fields, are from the US, Canada and India. On Thursday, March 15, 2018, Minister of State for Home Affairs, Shri Kiren Rijiju will deliver the Valedictory address.

The IACP is the world’s largest organization of Police/law enforcement executives that is highly regarded for its role in identifying and responding to changing needs of the law enforcement community. The IACP’s Headquarters is in Virginia, USA. It has seven World Regional Offices on geographical lines, including the APWRO. The IACP meets once in a year in the US wherein more than 15,000 Police officers from all over the world congregate to discuss various issues.

Asia-Pacific World Regional Office (APWRO) was set up in New Delhi in 1994 with Director, Intelligence Bureau, as its Chair. In the past, under the aegis of IACP, APWRO had organized four conferences in New Delhi viz, 4th IACP Asia Pacific Regional Conference in January 1992, 8th IACP Asian Executive Policing Conference in March 2001, IACP Seminar on ‘Terrorism’ in September 2008 and Regional Conference on “Impact of Social Media on Policing” in September 2013.