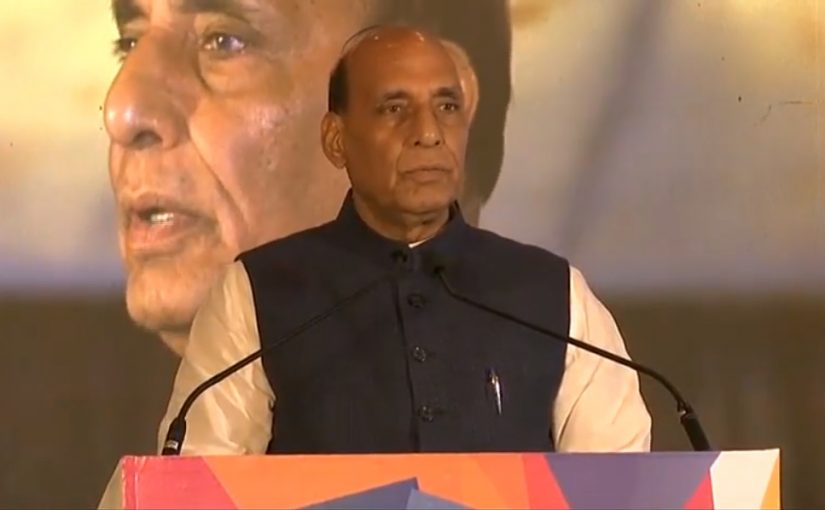 I extend you all a very warm welcome to the Fourth Counter Terrorism Conference, this evening being organised by the India Foundation.

It is my privilege to address this august gathering comprising intellectuals from various spectrum of excellence.  I am indeed delighted that the Fourth Conference today is deliberating on the most important and crucial theme:  “Changing Contours of Global Terror”.

I had gone through the Agenda that would be unfolding during the next two days and found the topics of discussions indeed worthy and very relevant, in the context of today’s challenge.

At the outset, let me reiterate that terrorism, indeed, has become a global phenomenon posing major threat to international peace, security and stability.  Access to advance technology, including cyberspace, sophisticated communications, global funding and military grade weapons has given such groups enormous strength. It is no wonder that terrorism constitutes one of the principal challenges at the global, regional and national levels and has become a key factor in national security planning.

Providing sponsorship and safe havens have further played a major role in the phenomenal growth of global terrorism. In addition, State support has granted terrorist groups access to resources, guidance and logistics, which would normally be beyond their capabilities. Any effort to counter the activities of terrorist groups carries the danger of placing the victim nation in direct confrontation with the host nation and its resources.

In the recent few years, perception of ‘Global Terrorism’ has undergone a massive makeover with the rise of violent armed terror groups especially in the Middle East, South Asia and African continent. This phenomenon could be attributed to the diminishing control in the terror space of the Al-Qaeda leadership, which just a decade ago was the face of terrorism. The shift of AQ Network from the Middle East to South Asia is a phenomenon, which is of serious concern to India

The Boko-Haram-IS alliance primarily seeks to enhance the idea of global jihad with an aggressive brand of terror and footprint of Caliphate into Africa, through innovative measures.

The new face of global terrorism can be most vividly seen in the dramatic change and growth in its infrastructure. The terrorism has come a long way from selective recruitment in secret cells to mass recruitment.  In addition, the source of recruitment and training is no longer confined to the affected areas but spans the entire globe, with a phenomenal up gradation of weaponry. Funds and finance channels are no longer confined to resources locally mobilized through individual contributions, extortion and crime.

Radicalization of populace, particularly youth, is another trend and one of the most challenging problems being faced the world over. Several countries in the world have identified this problem and have taken measures to check and control the process of radicalization and I am happy to state that India has timely busted some modules that were planning to orchestrate terrorist attacks on her soil.

State-of-the-art communication systems are available to the terrorist which is at times better than the ones being used by the counter-terrorist agencies. Access to advanced technology including cyber-space, Internet, electronic mail, etc. has provided terrorist groups with a global communication system. It has also provided such groups with an immensely destructive tool which can be potentially crippling for technology based economies.

Another relatively new dimension is the networking of terrorist groups with the criminal underworld including organized crime gangs, gunrunners, smugglers, drug peddlers, with hawala and parallel banking channels being used for ensuring global flows of finance.    It has enabled global terrorist groups to use the infrastructure and terrain knowledge of local outfits for launching attacks in countries, despite having no presence in the area.

We have kept a keen watch on the growth of ISIS and their ways of using social media as a key tool for ideological indoctrination, recruitment and networking by targeting a section of young generation. The potential threat posed by IS are large scale radicalization of Muslim youth throughout the world, rise in “Lone-Wolf” and terror attacks by returnee foreign fighters to their home countries. The terror attacks in Australia and France are telling examples of such threat.

The on-going propaganda by IS has significantly altered jihadi discourse in India, which so far was rooted in grievances against the Indian state/society. I am, however, happy that Indian social fabric has not been affected by the emergence of Islamic State and I am sure this will not have any further impact in our country.

The events of September 11, 2001 marked a watershed in the march of International action against global terrorism. India has consistently taken steps to intensify and strengthen international co-operation through a variety of means. Terrorism, in all forms, including, Left Wing Extremism, Insurgency, etc., poses a challenge on national sovereignty of India and it already faces a serious challenge due to relentless efforts of Pak sponsored anti India Islamist groups like LeT, JeM, HUJI and Hijbul Mujahideen .

Emergence of India at the global level is also being challenged by the terrorist groups, due to its vibrant economy and plural character. Devising a strategy to counter these diverse trends is an extremely complex task, which I expect this Conference to debate.

I am happy to state that India has taken steps for setting up of Joint Working Groups (JWGs) on counter-terrorism matters with key countries. Bilateral treaties on Mutual Legal Assistance (MLATs) in Criminal matters to facilitate investigation, collection of evidence, transfer of witnesses, location & action against proceeds of crime etc. have been signed with other countries.

I take this opportunity to inform this august audience, that this Government has placed security and safety as its top priority.  We have identified several key areas and allocated enough budgetary resources to address this issue.  We have boosted the security-related infrastructure at the border management by launching new schemes, and have been able to successfully minimize cross-border-infiltration.

Similarly, we have allocated substantial funds to the police modernisation programmes all over the country with a view to ensure quick and better response mechanisms.  We have raised Regional Hubs of NSG battalions in important strategic locations, to meet any unforeseen challenges.

We have created a new Division in the Home Ministry exclusively to deal with Counter Terrorism. Having realized the importance of funds for the growth of terrorist organizations and the necessity to curb its flow, this Government introduced Demonetization and got raids conducted by Security Agencies, to choke the funding patterns of various terrorists outfits and effectively curbed the expansionist designs of these outfits.

The Govt. of India in tandem with the State Governments, has adopted a multi-pronged approach to deal with the emerging situation.  What we need is a sustained united effort, to identity the terror modules operating in the Globe and neutralise them.  Only then, our dream of  ‘New India’ can be realised, which aims to elimination of terrorism completely.

Besides, we have taken a slew of developmental agenda to further, curb the spread of terrorism. I believe this Government has successfully delivered on this front, in the form of special projects such as Road Requirement Plan, improvement of Rail Connectivity, installation of Mobile Towers, improvement of education and health infrastructure, financial inclusion, among others.   The success is visible in the sharp decline of violence, be it in J&K, North East or LWE affected areas.

I am sure this Conference would deliberate on the various issues it has flagged which are indeed important and serious and recommend measures to counter them.  What we need is cooperation & coordination from all countries, to make this Globe safer and secure, where every citizen is free and is able to walk with heads held high.

I wish the fourth CT Conference a grand success and congratulate all of you in putting together such a wonderful programme.
Share