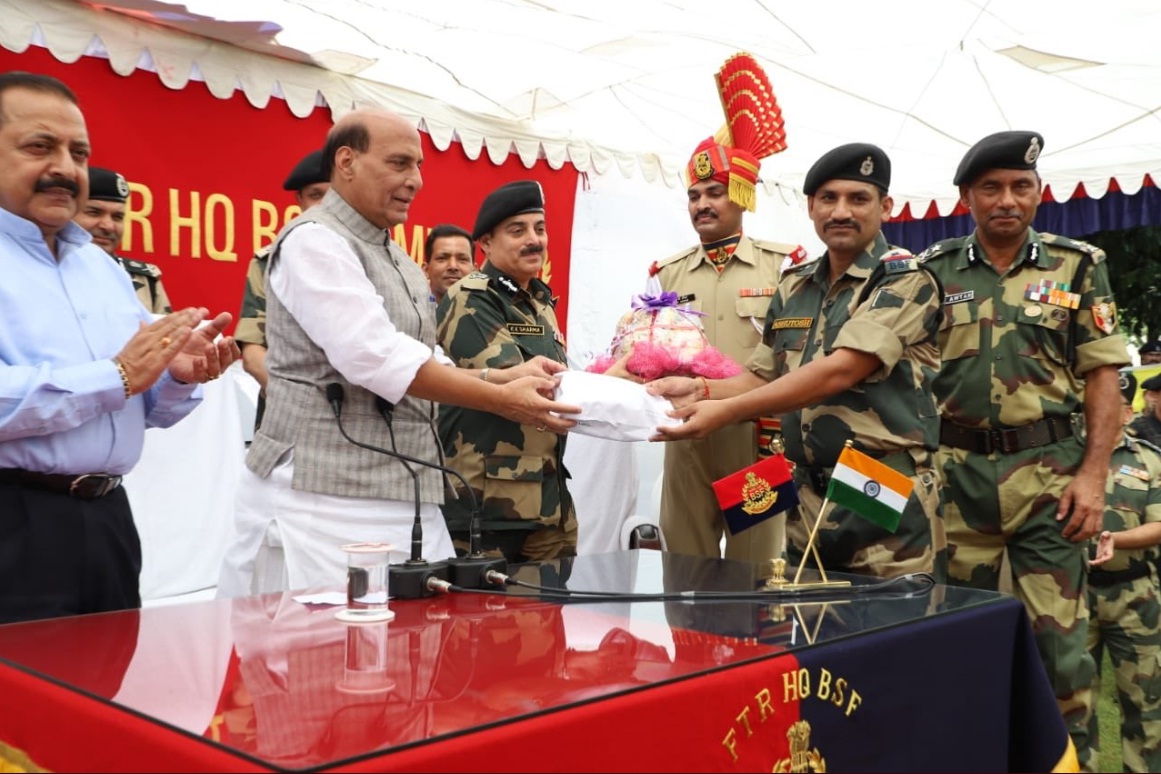 Speaking on the occasion, Shri Rajnath Singh said that government has taken a number of initiatives to make the borders of the country more secure. He said that the Centre has been making maximum use of technology to make the security system at the borders stronger and effective. The Minister said that smart fencing at the borders is a technological solution devised to address the security issues in the border states and the two projects in five kilometres areas each have been installed along the Indo-Pak International Border in Jammu on a pilot basis.

He said that with this smart fencing, the number of casualties of our jawans on borders would get minimised and the stress level among the jawans would also reduce to a large extent.

The Union Home Minister further added that with the digital smart fencing, our borders would become absolutely safe since it would virtually make it impossible for the terrorists to breach it and infiltrate across the borders.

Later, addressing the media, Shri Rajnath Singh said that making border security foolproof is a priority of the Government. Around a total of 2,026 km border is vulnerable and that the digital fencing technology would be utilised along such long stretches of the borders, he added. The Minister said that with the help of smart border fencing, our borders would become secure and the dependence on ground patrolling by troops will considerably be reduced.

The smart border fencing projects built under the Comprehensive Integrated Border Management System (CIBMS) programme is the first of its kind in the country. The two projects each covering a 5.5 km border stretch along the International Border have got hitech surveillance system that would create an invisible electronic barrier on land, water and even in air and underground and would help the BSF detect and foil infiltration bids in most difficult terrains. The CIBMS is designed to guard stretches where physical surveillance is not possible either due to inhospitable terrain or riverine borders.

CIBMS uses a number of different devices for surveillance, communication and data storage. Sensors like Thermal Imager, UGS, Fiber Optical Sensors, Radar, Sonar have been mounted on different platforms like Aerostat, tower, poles etc. A comprehensive integration of such sensors and other technical systems of communication and data processing have been achieved in the CIBMS project. The signals reach the Unified Command and Control Centre where the BSF can monitor the border on real-time basis. The CIBMS enables round-the-clock surveillance on border and under different weather conditions be it in dust storm, fog or rain.

During his visit to Jammu, the Home Minister also participated in Swachh Bharat Abhiyan and administered Swachhta pledge to BSF officers, jawans and officers.