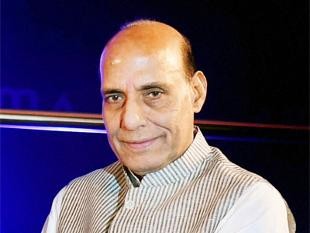 BJP president Rajnath Singh, who is considered the most successful captain of the saffron ship, wants to stay put and lead the organisation. This is what the BJP chief would prefer, unless of course he comes under a lot of pressure from Prime Minister-designate Narendra Modi and others to join the government. Incidentally, Mr Modi in Varanasi described Mr Singh as the “most successful president in the BJP’s history”.

In his two terms as BJP president, in 2006-2009 and from 2013 till now, he has won nine Assembly elections for the party and along with Mr Modi crafted a historic win for the BJP in the just-concluded general election.There is speculation that Mr Singh could take over as home minister. But if he does it might be difficult for the party to find a replacement of Mr Singh’s stature and organisational skills. Also, by the end of this year three crucial states will be going to the polls Delhi, Haryana and Maharashtra. After the rout of the ruling parties in Uttarakhand (Congress) and Bihar (JD-U), these two states could also go for snap polls. Under the circumstances, the party “will need an able leader who can preside and strategise”, a senior BJP leader said. Mr Singh had played a crucial role in selection of candidates in the 2014 elections, particularly in Uttar Pradesh.

In an unprecedented victory, the BJP (along with its Apna Dal ally) won 73 of the state’s 80 Lok Sabha seats.Besides, Mr Singh is one of the few top BJP leaders who has support across communities and is regarded as the most secular face in the outfit. During his tenure as Uttar Pradesh CM, Mr Singh always made it a point to attend the ceremonies and functions of all communities. It is not for nothing that Shia cleric Maulana Kalbe Jawad had in Lucknow compared Mr Singh to the BJP’s “tallest” leader of the BJP, Atal Behari Vajpayee and said he “has the acceptability of Vajpayee”.

Rajnath Singh, also known as the RSS’ “blue-eyed boy”, has emerged as the party’s most secular face. Despite his right-wing branding, he is one of the few politicians who cannot be accused of making any controversial remarks or speeches.Born into a family of farmers in a small village of Bhabhaura in UP’s Chandauli district, Mr Singh charted a different course for himself academically, earning a physics degree from Gorakhpur University and becoming a university lecturer.

The RSS will find it hard to find a replacement for Mr Singh as party chief if he is made to join the government. In his first tenure as party chief (2006-2009), Mr Singh won six Assembly elections for the BJP, that include the party establishing its first-ever government across the Vindhyas in Karnataka. Other Assembly elections won in the first round include Madhya Pradesh, Chhattisgarh, Punjab (with the Akali Dal), Gujarat and Uttarakhand.
In the second round, after he replaced Nitin Gadkari as BJP president, Mr Singh won three Assembly polls for the party, in Rajasthan, Chhattisgarh (third time) and Madhya Pradesh (third time). It was Rajnath Singh who dared the “old guard” to project Mr Modi as the BJP’s face for the 2014 elections. The rest, of course, is history.