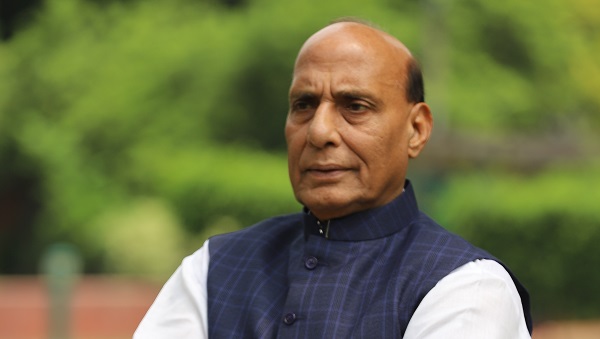 Defence Minister Rajnath Singh spoke to Hindustan Times about India’s position on Pakistan, the revocation of Article 370, which granted special status to Jammu and Kashmir, and the ground situation in the state today, as well as the government’s plans to enable defence modernisation. Edited excerpts from an interview:

Many experts have raised doubts about India’s defence capabilities in case of two front wars. How is India preparing for any such situation?

We are modernising our forces. But our objective is self defence, and not to confront or attack any other country. This has never been our character and will never be in future.

What is the status of defence modernisation programme in India?

These are strategic issues that are best not discussed in public. I can tell you for sure that strength and confidence of our forces has increased many fold in recent years.

Is there any decision on adding fighters to the Air Force fleet?

Upgradation of the Indian Air Force is an ongoing exercise, which is undertaken on the basis of envisaged capability desired and allocation of financial resources. We have begun the process of upgradation of existing aircraft to include MiG-29, Jaguar and Mirage 2000 in a phased manner. In addition, induction of contracted aircraft like LCA (Light Combat Aircraft), Rafale and some balance Su-30MKI is underway. Acceptance of Necessity has been given for LCA Mk 1A. The option of a strategic partnership model is also being processed to improve the combat capability of the Air Force.

Senior functionaries of government have spoken about illegal occupation of parts of Kashmir by Pakistan at various forums. What, if any, is India’s change in position on PoK?

India has had a consistent stance on PoK, which is enshrined in the Parliamentary Resolution of 1994. This resolution seeks the vacation of all parts of Jammu and Kashmir, which have been occupied illegally through aggression by Pakistan.

Can you give a broad understanding of the level of transgression along the LAC?

There are differing perceptions of India and China on the Line of Actual Control. From time to time there are transgression across the LAC. There is an institutionalised framework between India and China for dialogue, confidence building measures and for the maintenance of peace and tranquillity along the LAC in the India-China border areas. Both sides regularly convene border personnel meetings, flag meetings and engage in other confidence building measures on and off the border in order to promote peace and tranquillity.

Has normalcy returned to Kashmir after your decision to strike down Article 370?

We are speaking about striking down Article 370 in every manifesto of ours since 1951. People used to say we talk of it only for electoral purposes. We have shown there is no difference in our works and deeds. We have also addressed the challenge of crisis of credibility in politics. There is already a great deal of normalcy in Kashmir as compared to past. There is a big improvement. Pakistan keeps trying to destabilise India. But there is improvement in situation. Some friends are still trying to create confusion.

Why are Kashmir leaders under detention? When will they be released?

Most of the leaders under detention have not been pro-Pakistan and engaged with New Delhi.

The leadership of Kashmir was in the hands of same people. But they could not create the required situation in Kashmir. They were not able to bring normalcy in Kashmir.

Do you think situation would have had been different if there was a dialogue before revoking Article 370?

Nobody else tried for a dialogue as much as I did as Home Minister. I also brought former chief minister Mehbooba Mufti forward and sent opposition leaders such as Sharad Yadav and Sitaram Yechury to separatist leaders for dialogue, but they did not respond.

But you never discussed Article 370 with them.

First there should have been debate on issues that could have brought normalcy in Kashmir. If they were ready for debate, why did not they come forward? Why was shut down happening in Kashmir every other day? We withdrew stone pelting cases against 9000 people. We tried everything to make a conducive atmosphere. But they did not respond. Unko laga sarkar ki mazboori hai (They must have felt the government is helpless). But centre has an effective role to play and see that aspiration of people is fulfilled. Striking off Article 370 was needed and we did it.

Elections have been delayed in Kashmir because of the present situation.

Election are happening. Panchayat election happened in Kashmir after many years. Election to Block Development Council is underway. The issue of holding assembly election can be discussed after the it become a Union Territory.

Is there any deadline for holding election in Kashmir?

It may happen only after delimitation exercise is over.

Do you see any scope for a dialogue with Pakistan?

There is no scope of any dialogue with Pakistan today. There is no question. The way it is behaving and is trying to infiltrate, it leaves no scope for a dialogue.

By when will the Chief of Defence Staff (CDS) be announced? What will be the role entail?

It is believed that the first CDS will be appointed from the Army, it being the biggest force. Has the government taken any decision?

What is the status of indigenisation of defence production?

We have taken a host of initiatives under the Make in India programme. This includes streamlining of defence procurement procedures, simplification of industrial licensing, increase in Foreign Direct Investment cap of up to 49% through automatic route and above 49% under the government route, articulation of the export promotion measures like simplification of the process of granting No Objection Certificates, opening of trial and testing facilitates for use by the private sector and several schemes to promote innovation within the industry like iDEX. Separate procedure for ‘Make-II’ subcategory has been notified wherein a number of industry-friendly provisions have been introduced.A strategic partnership (SP) model has also been notified which envisages establishment of long-term partnerships with Indian entities through a transparent and competitive process, wherein they would tie up with global Original Equipment Manufacturers to seek technology transfers to set up domestic manufacturing infrastructure and supply chains. Two defence industry corridors were announced in Tamil Nadu and Uttar Pradesh to be set up in collaboration with the state governments to provide state-of-the-art infrastructure and facilities for setting up defence production facilities.A policy for indigenisation of components and spares used in Defence Platforms has also been notified recently.These initiatives have yielded rich dividends.

The domestic defence production has reached a staggering Rs 80,500 crore in 2018-19 from Rs 74,121 crore in 2016-17. The ministry is constantly refining its policies and procedures to facilitate greater participation of the Indian industry in arms production. The Defence Procurement Procedures (DPP) and Defence Procurement Manual (DPM), which are the guiding documents for capital and revenue procurement are currently under review. The revised guidelines will provide further impetus to domestic arms manufacturing.

Is there any decision on how to manufacture submarines?

As a major initiative towards Make in India, the government on June 20 issued the Expression of Interest(s) for shortlisting of potential Indian Strategic Partners (SPs) for construction of six conventional submarines for the P-75(I) Project of the Indian Navy. The project cost is about Rs 45,000 crore. This project is being undertaken under the latest SP model. This would provide a major boost to the indigenous design and construction capability of submarines in India, in addition to bringing in the latest submarine design and technologies as part of the project.

Has any decision been taken on downsizing the army and if so, what is the number to be downsized?

The size and structure of the army is based on the capability desired to be created and the threats faced by the country. As part of this understanding, it remains a constant endeavour to achieve the most optimal and effective defence organisation. The Army is in the process of undertaking structural evaluation at all levels to ensure that it remains technologically proficient, professionally capable and economically efficient in the conduct of its designated responsibilities.

Has the One Rank One Pension committee given its report?

The Committee is yet to submit its report.

How do you respond to criticism of your government for failing to create enough jobs?

This charge is unfair. Job opportunities have been created in India. There is no doubt that India, too, is affected because of global economic slowdown, but our policies have ensured that consumer demand in India is not affected as much as in other parts of the world.

But several reports of your own government suggest the pace of growth has slowed down.

I admit there is a slowdown in India too. But the government has taken many steps, and it recently announced two packages to boost economy. We are assessing its impact. We are ready to take more steps in future to meet out the challenge of global economic slowdown.

Some of these are include roll back of provisions announced in budget. Is there is confusion in economic policy of the government?

This is not for the first time that such a thing is happening. Any government takes decisions considering the current economic situation. There should be no criticism if a government tries to correct a situation. If there are challenges, we will certainly take some decisions. It should be praised.

Do you think the Supreme Court will rule in favour of the Hindu petitioners in the Ram Janmabhoomi-Babri Masjid propery title case?

It will not be fair to comment on a pending judgment.